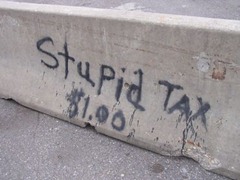 Last weekend I attended Vidcon, the annual gathering of YouTube celebrities, video bloggers, fans and others in this burgeoning online space. It was held across the street from CAA, but still worlds apart from the Hollywood glitz and glamour.

But it’s getting closer. Many of the early "vloggers" are now creating polished packages, rather than the slice-of-life vignettes that they built their audiences on. Hollywood agents and hangers-on were more prevalent, as a land-rush of sorts is underway for larger companies to sign up these new stars.

But for me, the most fascinating part of Vidcon was clarity around YouTube’s strategic direction, and what it wants to be when it grows up. I now firmly believe that YouTube is positioning itself to be a "super-bundle," sitting near the top of the emerging video hierarchy. Let me place them in context, though, by describing how I see the world evolving over the next three years.

The great unbundling
We’re in the early days of a great unbundling of services from transport. Over the past 30 years, TV services and the cables they run upon have been inextricably linked — you paid your cable bill, and got wire and channels together.

In the analog cable world that made sense. But now that most cable is digital, along with carrying two-way internet bits, the transport (which is basically just a collection of 1/0 bits) can finally be separated from the channels.

I know of at least three companies, and I assume there are many more, that are building what looks like a traditional cable TV bundle of local channels, super-nets like CNN and Lifetime and smaller channels like Current and Discovery. But rather than being locked into a single physical cable plant, these bundles will travel across the internet via cable modems and DSL. Soon you’ll be able to buy your TV bundle from, say, Comcast — even though you get your internet service from Time Warner or Verizon. And you’ll be able to watch any of those bundled channels on whatever internet service you happen to be sitting upon — whether it’s the hotel network in the Hanoi Hilton or your smartphone’s 4G service.

But that’s just an intermediate step. I see these unbundled cable services giving way to direct relationships between video content providers and customers. We’re seeing the beginnings of this sort of direct relationship today, most notably with HBO Go and CNN’s new "Everywhere" offering. Currently you need to have a paid relationship with a cable operator to use either of those two amazing services, but it’s only a small leap from the today’s programmer-controlled viewer authentication to tomorrow’s direct financial relationship. And that will give rise to a world with three distinct types of services, delivered over an internet/IP network, and with direct relationships with viewers: Super-Premium Channels, Super-Premium Bundles and Premium Independents.

Super Premium Channels
These single brand services provide libraries of unique and aggregated content to consumers for between $8 and $20 a month. We already have one Super-Premium Channel today — Netflix. And HBO is well positioned to be the second. After that, I’m not so sure. Fox’s recent eight-day exclusion was a cold face slap to Hulu, and unless Apple buys Hulu I don’t see its path to success. Showtime and Epix both have potential, but too much of their content has been licensed to Netflix. And like as not, consumers will only have pocketbook power to pay for one at a time.

Super-Premium Bundles
The problem with trying to re-create unbundled bundles of channels is that the content owners control too much power. These cable TV-like bundles will probably end up costing significantly more than a similar services from today’s cable operators. And that, I believe, will lead the big five networks to go direct, delivering their own super-bundles direct to consumers via the internet. Who are these big five? Comcast/NBC, Fox, Viacom, Time Warner and Disney. In the end, these are the companies that have built the biggest portfolios of individual channels and have built enough scale to appeal to men, women and children.

Take Disney, for example. It currently has a lock on kids with Disney and XD, it owns men with ESPN, and have at least a passable offering for women (and if it ends up buying Scripps Networks, they’ll really dominate here, with HGTV, Food and Travel). Disney is already building an extensive, direct to consumer video-based web destination that should equal or surpass what Time Warner’s CNN and HBO units have built. And the first pieces will begin to roll out early next year.

Premium Independents
So what about everyone else? These Super-Premium Bundles and Channels will be able to charge a monthly fee to consumers — everyone else will have to go free and direct via IP to compete. There will be very large businesses built here as well, but they will look much different than today’s independent cable networks. And as an aside, this is the opportunity my company, Revision3, is building for.

How will we watch?
In addition to the great unbundling, we’re also seeing the great "screenification." We have smartphones, smart computers, smart tablets and smart TVs. The only real difference is the size of the screen. Viewers increasingly want to watch their favorite shows on whichever smart screen is close at hand — and won’t settle for being limited to just the TV in the living room. And history shows that when technology creates an ability for consumers to get their media in new and more convenient ways, they figure out how to do it — legal or not (see Napster, BitTorrent).

So what about YouTube?
YouTube wants to be the sixth Super-Premium Bundle. The company already has a variety of premium content, and if the stories about the new channels they’re funding are true, they’ll have a plethora of premium offerings as well. The new "Cosmic Panda" interface is far more TV-like, and far more focused on helping viewers find a series or sequence of videos to watch — vs. the hunt-and-peck discovery model of the current site. Although the company will still be a vast repository of vacation videos and cats on skateboards, it really hopes to take its place as a legitimate premium service sitting alongside Viacom, Disney and the other three. Even better, it should remain free to all to boot.

How will we know if YouTube is successful? I’ll be keeping my eye on the NFL — when YouTube snaps up a package of football games in the 2013-2014 TV-rights renegotiation, then we’ll know that the company has truly arrived.