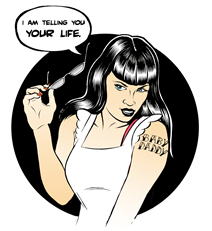 My friend Gary Vaynerchuk put up a video post recently that riffed off of some of the changes we made at Revision3 last week, which included stopping the distribution of his show Wine Library TV. In his post he takes me to task (gently) for waiting for an economic downturn to make tough business decisions.

I could disagree with him, and point out the tough decisions we made over the past year – including taking a chance by releasing an edited version of his show – but there’s definitely a germ of truth in what he says.

However, he’s missing an interesting, and I think vital ingredient that makes venture-backed startups behave differently than many other organizations, and one that makes it harder to make tough decisions while times are good.

As a first time CEO, I’ve learned a lot of lessons, but this was one of the more insidious, because it’s like moving into a tony neighborhood and layering on expenses to keep up with the neighbors. Continuing to invest in less than blue-chip products is similar to adding a gardener, housekeeper, fancy public schools and expensive redecorations to your monthly budget. It just goes with the territory. Here’s what I think I’ve learned and what it means.

Accepting venture financing, at least over the last few years, and definitely in the years leading up to 2001, meant agreeing to hyper growth. You took the money, and made an explicit agreement that you’d double, triple or quadruple growth year over year – revenue, web traffic, viewers, whatever. And for the most part, like taking out a second mortgage to pay for plastic surgery, that seemed rational, intelligent and, well, normal.

But accepting that outsized growth turns you into a gambler. Even relatively prudent folks – like me, who doesn’t even play slot machines in Vegas – can be transformed into the startup version of a riverboat rake, betting some or all of the newfound riches (ie venture investments) on the come line – or even worse, on roulette’s 00.

When the money flows, and times are good, those outsized bets seem, well, prudent. As a CEO who has to live up to those targets, you continue to fund on the come, hoping against hope that your bets will pay off in time for the next board meeting. At a macro-level those bets, apparently, end up paying off once or twice for every 10 investments. That’s better than Roulette and Craps, but just barely. At a micro-level, it can be much worse.

In economic turmoil like today it all changes in an instant. Outsized growth mode morphs into scorched-earth survival, often in a matter of days. Just as today’s households are cutting back on discretionary purchases – borrowing to redecorate, or paying the pool boy out of the pension fund – startups all over, including Revision3, are coring down to the smart parts.

But something interesting happens when you move from growth at all costs, to survival or die. The Riverboat Gambler gets replaced by Ma and Pa Kettle. A husky appetite for risk gets replaced by the VC equivalent of burying your cash in the backyard.

Both extremes are hazardous. Betting on the come keeps you from making those painful decisions at the right time. But backyard burial blinds you to opportunities that could help you bounce back. In retrospect, doing an edited version of Gary’s show wasn’t the right thing to do. But I’m proud of the fact that we tried – for four months. Startups focused on emerging markets have no guideposts – everything could be different tomorrow, so you have to experiment.

Running a venture-backed startup? Beware of becoming a riverboat gambler. Keep trying things and making intelligent bets – but make sure you have the discipline to know when to hold ‘em and know when to fold ‘em – even when times are good.