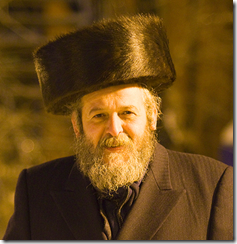 I’d hardly been in Israel for an hour and I nearly got stoned. With real rocks. And arrested too. It wasn’t my fault, I swear. I blame GPS.

I’d flown in from San Francisco for the first INTV conference in Jerusalem, put on by the biggest local TV network Keshet. Jerusalem’s about a half hour drive from the airport, and I arrived, as it turned out, around 3pm on Saturday.

Saturday’s a special day in the Holy Land. I realized that while looking out the windows as we were landing – mid-day on Saturday and the streets and highways were practically empty. It was as if the entire population had vanished.

Shabbat, or Sabbath, runs from sundown Friday until sundown Saturday. For the devout, that means family, food, prayer. But no work.

It’s not the entire country that shuts down; parts are more strict than others. But as my taxi followed his trusty GPS into Jerusalem, as the sun was starting to set, we suddenly ended up in a part of West Jerusalem where the streets were packed with black-cloaked and hatted denizens, all casting us the dirtiest looks I’d ever seen.

My Hebrew speaking cab driver started to swear and made a quick U-turn. Despite the increasingly strident protestations of the dashboard GPS, he hightailed it back to the highway and out of town.

"Shabbat", was all he said to me. Later I found out that in that particular part of town during the Sabbath anyone doing any work, or using any technology – even driving a car – could get you arrested. Apparently we’d performed more than a handful of the 39 prohibited activities during the Sabbath. Even worse, we could have been stoned by the ultra-orthodox residents as we drove by!

GPS has come a long way. But it still has its limitations – and apparently religious observances have yet to be programmed in. Someone ought to get right on that, before someone else – like me – gets hurt!

8 Thoughts on “How I Almost Got Stoned–With Real Rocks!”