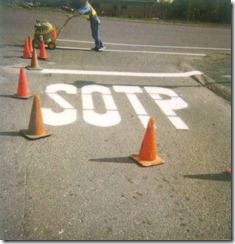 So next week the IAWTV board is planning on meeting in LA with its members to let them “voice (their) thoughts about recent events”.

“Recent Events” being a code word for the disastrous Streamy Awards last month. From what I can tell, the meeting is designed to give the IAWTV board, and chairman Michael Wayne, latitude to engulf and devour the Streamy Awards. I want nothing to do with this charade, as I think it is ill-timed and misguided, and frankly I have better things to do with my time and travel budget.

The fallout from the April 9th Streamy Awards has been swift and severe. The machinations behind the scenes have been equally bizarre. First IAWTV chairman Michael Wayne posted an apology about the awards on April 12th – an apology that has seemingly disappeared from the site (but you can still see a cached Google version here.). Behind the scenes, Wayne and the board were trying to take over the Streamy Awards program, started by Brady DeForest, Josh Cohen and a handful of other Tubefilter employees. Their pitch to keep the Streamys independent is laid out here, along with an entertaining set of comments. They even launched a site called Rebuild the Trust designed to lay out their proposal for what the Streamy Awards should be.

How disappointing. We’ve gone from high school irresponsibility to kindergarten name calling. Frankly, I will not be attending the meeting in LA, because I’m tired of wasting my time on an organization that seems more interested in Kremlin-style palace intrigue, and throwing big parties, rather than moving our industry forward.

This incessant prattling and obsession with an awards show is putting the cart before the horse. Awards shows are earned, not created. If the IAWTV wants to earn the right to celebrate the industry with an awards show, it first needs to develop legitimacy as an industry organization, and that is done by helping our adolescent media be taken seriously. Red carpets, parties and stunningly bad stage shows, all are irrelevant to building a healthy and growing media that should take its rightful place next to television, radio, print and interactive.

So that’s what we should NOT be doing. What should the IAWTV focus on? Here are five key challenges that we need to solve TODAY, before we can take our product to the next level of respectability:

I’m not just complaining without action either. I’ve repeatedly offered to create a content ethics policy for the organization to debate and adopt – I’m actually already halfway done. I’m currently working with a number of industry players, along with the IAB, to build online video advertising transparency guidelines. And I am constantly lobbying Comscore and other research organizations about the best way to define a view.

I would love to see the IAWTV become a strong and effective force to move our industry forward in these and other areas. But this incessant backbiting, sophomoric name-calling and inability to focus on what’s important are pulling the group apart. So IAWTV board, I call on you to refocus on what’s important, and leave the awards program aside for a few years. Award shows – like awards – have to be earned, not taken. And right now, the IAWTV is earning no awards in my book.