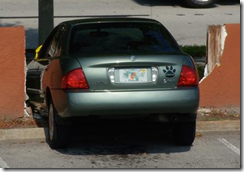 I wanted to take a day to think about the disaster that was Sunday night’s Streamy Awards, before penning my thoughts on the dreadful event.

David Samuels from KoldCastTV , iJustine, Barrett Garese, Jace Hall and many others on Twitter have already shared their thoughts on the misogynistic, puerile, protracted and poorly executed event. Heck, in the aftermath, some predicted that it spelled doom for the nascent internet video industry, that we had so hoisted ourselves on our own petard of idiotic, juvenile jokes that we were unlikely to recover for years – if ever.

But after fulminating, ruminating and pondering, I’m not so sure. In fact, this might be just the systemic shock we need as an industry to finally grow up.

Let’s face it, we’re a young industry. Born just five years ago, even last year’s first Streamy event was more like the tentative steps of a toddler than the confident strides of a tween. But in one year we seem to have (aged) from cautious kiddie to full-blown adolescence, with all the attendant pain, suffering and ultimately growth that that awkward age brings.

As I searched for metaphors to describe last night’s carnage, I ultimately realized that it seemed most like a precocious teen, newly minted learners permit in hand, borrowing the family car for the night – and promptly wrapping it around the tree. 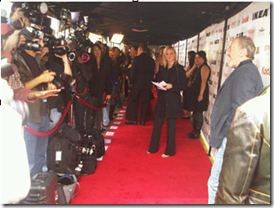 The Orpheum theater had all the hallmarks of a classic awards programs thrown by our elders, including Oscar, Emmy and Grammy. With red carpet, two humongous jib-cameras, five additional cameras, and a fabulous looking audience.  The location has hosted numerous awards shows in the past, so it seemed ideal for the job.

Unfortunately, the evening quickly went downhill from the start, with technical glitches, directorial miscues, a torrent of dirty sex jokes that only reinforced the (wrongful) impression that we’re only about sex and sleaze, and a monologue that went beyond poking fun at the industry and was more like a spit in the face. And then there were two buck-naked streakers, flashing their dangly bits for all to see, that put the icing on the biscuit.

Yes, like an adolescent, the Streamys reached too far, attempted to do too much, and veered horribly off course. We know better, the producers seemed to say, as they flouted conventional wisdom by trying to load in, build sets and launch without setting aside a day for rehearsals. I’m not sure how the steady stream of bad-boy vulgarity got approved, but clearly someone was asleep at the wheel here as well.

So we wrecked Dad’s car. And there will be repercussions. We’ve got to repair the damage we caused, take responsibility for our actions, and make both amends and reparations.

We’re grounded, certainly, for at least six months. During that time we need to reflect on our actions, find new resolve to do the right thing, and do what we do best: develop and launch a broad array of entertaining and informative shows, build new audiences and communities, and strive to put this accident behind us. We’ve got a lot of trust to rebuild, with the sponsors who had their names and brands attached to the event, to the show creators and supporters who abandoned the theater mid-way through the four-hour show in disgust, and the viewing public.

But just as teens tend to learn the most from hard lessons and abject failures, our adolescent industry will come to a new maturity from this. We’ll take our lumps, learn our lessons, and not fall prey to hubris, over-reaching, insolence and potty-mouth humor. Well, at least less of the latter.

Because next year’s Streamy Awards will be better, I know. Growing up is hard; an uneven, rocky road. But often the best adults come from the most unruly, and irresponsible kids. The web TV industry has a lot of growing up to do – but in the end we’ll be a better industry because of it.

18 Thoughts on “Moving On From the Streamy Fail”