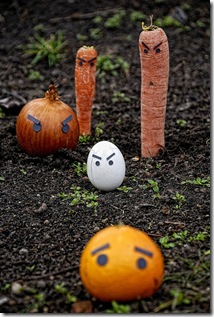 (This post also appeared as a guest post on the Association for Downloadable Media blog, where I’m on the board.)

What is a TV Show? I found myself asking that question as I pondered part of YouTube’s latest redesign – a new section called “Shows”. I was initially excited about this development, as one of the shows available in the first iteration was the web-only PopTub. Alas, even though we’ve got a good relationship with YouTube, none of our own Revision3 shows were in the first cut – an oversight, I thought.

But when I reached out to our relationship managers at YouTube, I found a much different and more draconian definition of a show. To YouTube, at least today, you aren’t a show unless you “have aired on TV” and are “full-length, defined as 30min or 60min shows”.

YouTube, that’s just wrong. You would think that the flag waving, card carrying heart of online video would take a more enlightened and modern view of a show, but apparently not.

Was this simply an oversight, or more deliberate. I wanted to believe the former, but as I explored their restrictions a bit more carefully, it turns out that these restrictions are simply a tissue of inequity, perpetuating just the stereotypes that YouTube was built to deconstruct.

Let’s start with the claim that Shows are only “full length” and “30min to 60min”. First, traditional television shows aren’t thirty minutes long, at least not in this country. What with ad avails and all, we’re looking at more like 22 minutes or 44 minutes. Interestingly enough, at least here at Revision3, 75% or more of the shows we deliver every week are at least 22 minutes, and occasionally longer than 44 minutes. In addition, even though we create for the internet – which means that a show can be as long as it needs to be, most of our producers are used to the basic three act structure, and thus many of our shows can easily be formatted for commercial breaks too.

So length, and format, are definitely not an issue for us – and indeed for many of the members of The Association for Downloadable Media, and others building professionally produced shows for internet delivery.

So what about “aired on a TV”. Let’s take that statement apart word by word. First “aired”. If a show had to be actually transmitted over the air, that would obviate more than half of YouTube’s Show programming. Sure, “I Dream of Jeannie” would stay. But Discovery’s “Mythbusters” and “Deadliest Catch” should be removed, along with everything from Animal Planet, Current, Showtime, Starz and TLC. None of those shows were ever broadcast via traditional means on a broadcast network .

Let’s look at “On a TV”. Well you can toss that one right out too. Our shows are all available on TiVo, right alongside cable, satellite and broadcast shows – and lots of our viewers watch on their big flat-panel screens, or “on a TV”. We’re also available via AppleTV, the Xbox 360, Dlink’s DivX Connected HD Media Player, Windows Media Center and many more PC to TV devices. We’re even available via cable set top box in rural Virginia, via a trial with cable pioneer ClearLeap.  Heck, there’s even a local public access cable channel in Montgomery Alabama that broadcasts our shows as well.

So let’s recap. For us, and more many other producers of web only video shows, You Tube’s artificial distinction between different types of shows just doesn’t hold water. Our shows are formatted just like traditional TV shows, they have roughly the same total running time (TRT), and they are readily available “on TV”. If you require that a “show” actually “air”, then half of what’s up there now should be brought down. And we’re not alone at Revision3 – most of the members of our industry group, The Association of Downloadable Media produce similar, professionally produced, episodic shows that as of now are being unfairly excluded.

It’s actually the worst sort of segregation, akin to forcing us to the back of the bus, and making us drink from separate water fountains. So I beseech you, YouTube, don’t fall victim to the web vs TV prejudice currently in vogue. Take a stand for equality, liberty, and the freedom to pursue audiences regardless of parentage or domicile. Let all who are truly “shows” into your new “show” area. Until you do, you’re no better than Jim Crow.