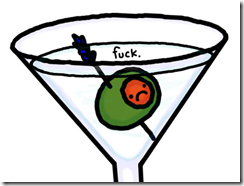 The economy was on everyone’s minds at both the Goldman Sachs and Deutsche Bank conference. The 20 CEOs and CFOs I listened to all pointed towards a messy 2009, with recovery coming possibly in 2010. Here are some of the more salient comments made by the presenters.

Cisco CEO John Chambers uses his sales force as a way to predict when downturns are coming, and when recovery begins. He was very complimentary about his sales force’s accuracy, saying that their revenue predictions are typically within 1-2% of actuals. But, according to Chambers, “they never get the elbows right”. If they miss three to four months in a row, that’s a good indicator of what’s beginning to happen in the market. And because Cisco touches so many companies, they are a great predictor for macro-economic trends. He wouldn’t share any day to day sales numbers, but keep an eye on Cisco. If they blow past their guidance, or start revising guidance upwards, you know things are beginning to get better.

Not everyone is predicting a down year. WPP chief Sir Martin Sorrell sees a flat year in 2009, compared to external forecasts showing them down from almost 2% to 9%. “We see life in the first quarter”, he said, but still thinks the first half will be tough. He predicted some improvement, though, in the second half of the year. Unfortunately, recovery will not be evenly spaced out. “Asia Pacific will be stronger, the US and Western Europe will be much slower.”

He predicts a relative recovery in 2010, but longer term he’s still “very gloomy for western Europe.” And he’s starting to see the cash squeeze affecting his clients, as they are “approaching media owners to ask for 90 to 120 days of extended credit.”

Omnicom’s CEO thinks the first nine months of 2009 will be very difficult, but he’s still hopefully in the 4th quarter. He sees the impact of the stimulus package starting to take effect, and also thinks that by fall “clients will ‘calm down’, have a better handle on their business, and will start to invest more rationally than they have.”

CBS’s CEO Les Moonves was even more direct. “This market beats the heck out of anyone”, he complained. “I’m a fighter and I’m an optimist, but some days you want to bang your head against the wall.” He, too, thinks things will get better, but just didn’t say when.