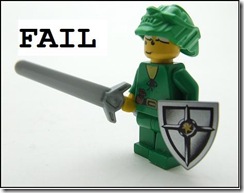 There’s a conceit practiced by modern-day game developers that I think is just wrong, wrong, wrong.  It’s that gamers will start playing, and then just keep playing, day in and day out, until they either finish the game or stomp away in frustration.

But that’s not how it works in real life, at least for gamers who actually have a real life.

I love epic video games.  But I don’t always have the time to play them straight through until completion.  Occasionally I have to go to work, play with my family, pay bills, coach basketball, or some other RW task.  Sometimes those things can conspire to keep me from a great game for days, even weeks at a time.

Then when I come back, there’s that sense of fog.  Of questioning.  Of "WTF do I do now?"

It’s the same feeling I get when I read a great Sci-fi/Fantasy book that’s part of a longer series – but the sequel has yet to be published.  Good multi-book authors always include a plot summary at the top of subsequent installments, whether it’s explicit, or implied in the first chapter(s).

But the vast majority of games don’t do that at all.  And it’s frustrating as all heck.

Take the latest Zelda game from Nintendo, Twilight Princess.  I stopped playing a few months ago, can’t remember why.  But I’m on vacation this week, and thought I’d pick it up again.  But I’m clueless as to what to do next.  Sure, there’s always Thelma’s Bar, but it’s useless.  And yeah, I could look up a walkthrough, and try to compare what I have (three mirror shards, ball and chain, etc) and compare them to where I need to be.  But even those are imperfect – I’ve tried.

So here I am, wanting to finish a great game, but stymied by the game’s inability to tell me what I need to do next.

Some games get it.  Paper Mario, for example, has a wizard who can tell you what to do next – for a few coins.

Why doesn’t every game do that?  It should. Because if gaming wants to move beyond the hard-core it needs to embrace a changing gaming rythm and flow.  Because not everyone who *could* enjoy that game will have an uninterrupted flow of hours and hours across days and days to play your game.  And with complicated plot twists, a multitude of quests and wide-open worlds, more and more of us are going to need that "FAIL" function that will help us get back into the game.    Broaden your audience game developers, and realize that not everyone games like you do.