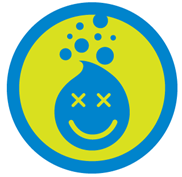 I’ve been having a blast with Foursquare, checking in to new locations, finding my friends on the go, and exploring this new type of social networking.

But it changed from fun and frivolous to scary and threatening when my young son got involved. And it caused me to overreact a little too – although in that protective parental way.

Here’s what happened: My son goes to a school in the little northern California town we live in – one not known for its preponderance of socially connected millennials. So one day when I dropped him off at the playground, I created his school as a location on the popular geo-social-net foursquare, and checked in. I checked in again the next day and became mayor: Foursquare confers mayoral status on the person who checks in the most during a set amount of time, along with other secret criteria known only to them.

It was no surprise that I was easily able to grab the mayorship, since the parents at the school are not – for the most part – the foursquare demographic.

All was well and good for a few weeks until I was suddenly dethroned. Aha, I thought, maybe my little town’s not as much of a backwater as I thought. But then I did a little research into who usurped me – along with a somewhat digital-savvy parent and friend, and what we found was concerning.

Turns out the new mayor, from what I could see, was a real FourSquare pro. He’d amassed more than 40 badges – awards Foursquare gives out for certain behaviors, and in this case those awards included:

· Animal House – Off the Wagon Appreciates Your Business, COLLEGE!

· Hookup – Two different hotels? This is Austin, not the Jersey Shore! (though you made The Situation proud)

Along with a variety of other Austin, Texas specific badges. This guy was definitely a foursquare playa.. he also earned the Super Mayor badge as well, for holding down 10 or more of these mayorships simultaneously.

And of those 10, almost all of them were in Austin – the only bay area ones (along with my son’s school) were “Underwater and ON THE MOON”, and Firefly Restaurant.

Oh, and his profile picture, included here, was not one to inspire confidence in a couple of suddenly suspicious Dads. Who was this crazy, bar and bed-hopping guy from Austin? Why was he mayor of OUR school?

I suspected that he was just gaming the system to amass mayorships, badges and street cred. But what if he wasn’t? What if he really was a creepy guy who liked to hang around our kids’ school?

So I found him on twitter and sent out a tweet with his handle embedded, wondering publicly if he was a pedophile or if this was just a foursquare bug.

Turns out, much to my embarrassment, that he was actually a parent at our school, and his step-son was in my son’s class! I felt awful – and apologized profusely (and do so again here) for over-reacting and calling him out.

So yeah, I was a moron for going over the edge. But what would you do in a similar situation? This guy and I weren’t friends, had never met, yet I could easily penetrate the veil of Foursquare and find out what he’d been doing, read his twitter feed, peruse his Facebook profile, and check out all those incriminating badges. They all painted a plausible, although ultimately incorrect impression of someone that I really didn’t want within 500 yards of my son.

This tale is, in part, yet another log thrown on the privacy bonfire. But in this case it’s not about Facebook. It’s about locations, kids, parents, safety, and what your combined online persona says about you.

I’m convinced that our school’s “mayor” is a nice, warm and loving father. But from everything I saw that day, he seemed to be a shifty, creepy Texan with an unhealthy obsession with a small-town school on the coast of California.

All this social networking, checking in, badges, awards and profiles are all fun and games until your kids get involved. Then it gets personal. And ugly.

On a macro level, it gets scary too. It’s simple to find all the schools in any given place. Just change your Foursquare location to a city or town, and put “school” in the search box. I just did, and found 50 venues within a few miles of my home, ranging from Noah’s Ark Preschool to 12 elementary and middle schools. Perhaps I can win the Pedophile Badge by becoming mayor of all of them.

6 Thoughts on “Location-Based Social Networking: All Fun and Games Until Your Kids Get Involved”