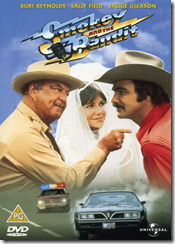 Remember Zelig?  Woody Allen’s classic movie depicted a human chameleon who had the uncanny ability to morph into anything you wanted him to be – and showed up everywhere.  That’s how I feel these days about twitter.

FWIW, I see two possible futures for twitter.  One side of me sees it as the CB Radio of the late ‘00s.

ASIDE: Don’t remember CB Radio?  At one point in the late 70s/these short-range two-way radios were all the rage, popularized by truckers but embraced by anyone with a car and a hankering for the open road – and a desire to avoid speeding tickets.  Mercifully, long-haul trucker culture sunk back into background noise, but for a while we were all Breaker-19, smokey and double nickels.  All you really need to know about the 70s is that it brought us Disco and CB Radio – a truly forgettable decade.  But I digress.

The other future – messaging or RSS for devices, people and places.  I’m fascinated by our local lunch/catering spot, Kitchenette SF, and how it twitters out each day’s lunch menu – along with how gourmet food trucks keep in touch with their fans.

But last night I discovered another great use for twitter: tech support.  I’ve been having trouble with WiFi interference at home, and I needed to see what hubs were broadcasting on which channels and where the problems lay.  I’ve used Netstumbler in the past for just this problem – but it doesn’t work on any of my modern WiFi cards.  After stumbling around in the dark, I decided to ask twitter. 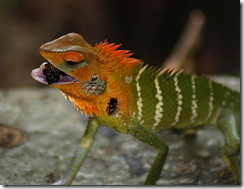 What a good idea!  I got a bunch of great suggestions for products, tried a few of them out – and found that inSSIDer was actually the best of the bunch.  It’s freeware, has an intuitive interface and gave me just the information I was looking for.  Thanks to Nate_LapT and joelbarrett for the great recommendations.

So add in crowd-sourced tech support to everything else twitter can do.  Maybe we should call it “twech support”?  And thanks to everyone who reached out to help me.