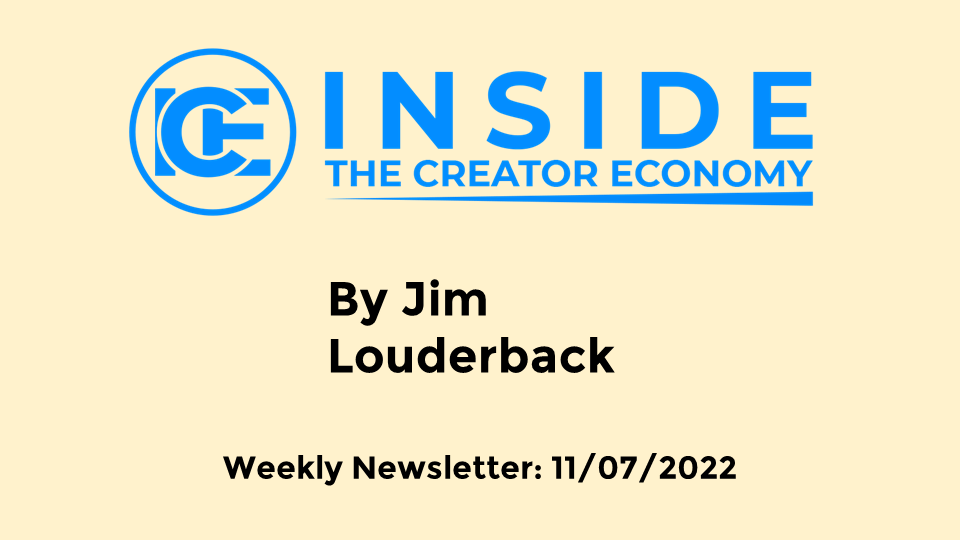 The Positive Case for Facebook: Maybe it’s not all bad at Big Blue. According to an analysis by Stratechery, Facebook is still gaining users, TikTok isn’t killing Instagram (in fact user growth has slowed to a crawl over at Double T), advertising’s not dead and Meta’s capital expenditures aren’t out of line. However, he’s also not sold on the metaverse.

WTF Creator Week? That doesn’t mean, however, that Meta can’t be cryptically tone-deaf. I’m still trying to figure out the point of “Creator Week” – which ends today. Is it a global conference? A news dump? A learning opportunity? Some good stuff here, but the lack of a coherent vision – or even a landing page with an agenda – certainly diffuses the impact. The most common message I saw on their home feed was “how to join”, which meant most of us are just as confused. Still, some good announcements, including NFTs coming to Instagram (via Polygon), subscriptions, gifting, stars and more.

Twitter To Charge Creators: Here’s a first. Instead of paying creators – like YouTube, TikTok, Instagram and others, why not CHARGE creators to post on your platform. That’s the misguided “verified” plan that Twitter 2.0 plans to roll out this week. Despite walking back from $240 to $96 annually, the attempt to fleece creators was roundly criticized. Author Stephen King said what we all were thinking. Vanity Fair concurs. Not everyone was critical, Alex Kantrowitz lauded Musk’s early moves, while Napkin Math tried to develop a plan for Twitter to stay alive. Renee Teeley and I will explore Twitter 2.0 Week 1 in a special episode of our Creator Feed podcast later this week.

Patreon Expands Video Access: When Patreon first announced Native Video I was skeptical. But as creators move towards owned communities – and Only Fans, Cameo and others deliver meaningful results – I’ve come around. And now it’s available for all Pro and Premium Patreon creators. A lot of details to be worked out, but it looks like a step in the right direction.

TIL at WebSummit: Really enjoyed WebSummit last week. I hosted the Creator Economy and Music stages, met some super folks and learned a ton. Here’s a roundup.

GENIES (our new section focused on generative AI and the creator economy):

Shameless Plug: Thanks to VidIQ for interviewing Renee Teeley and me about our Creator Feed podcast. Each week we deconstruct what’s going on in the creator economy! Later this week we’ll do a deep dive on Twitter Week 1, exploring what we like and what we didn’t Listen to it on Apple Podcasts or Spotify or Stitcher!

Also join me in Singapore for Creator World November 24-27. I’ll be leading the business track, but so much more to see, hear and enjoy! Stay tuned for a meetup!

Tip of the Week: Good tips from the CEO of Kyra on raising money for your Creator Economy startup. Kyra raised $15M recently. He also pops a link to their deck in the comments.