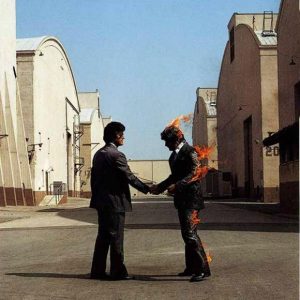 Which One’s Pink? If you’re a creator, you’ve probably fantasized at least once about being a BIG HOLLYWOOD STAR. Ever since the rise of YouTube, community-first creators have been ingested and mostly spit out by what Joni Mitchell calls “the star maker machinery”.  But for every success story there are many, many failures. That was as true in 2012 as it is today. I still remember the 2012 VidCon meeting I brokered between Discovery execs and Hank Green. Hank shocked them to the core, insisting he “didn’t want to be on TV”. Maybe the skills needed to build your own content-first community are – if not orthogonal – not necessarily predictive to old school notions of “stardom”.

Maybe TikTok’s Not the King of Culture After All: You’ve likely read a lot about gentleminions, music discovery and how all culture today starts with TikTok. But maybe that’s not true. Bloomberg’s Lucas Shaw takes a torch to the notion that Double T created Minions, Encanto, and other popular media. He’s right to focus on TikTok as an amplification engine, but I still think so many trends start on TikTok, and done right you can catapult your brand, media or channel to success by leaning into its culture machine. He’s always a good read, whether you agree or not.

Studies Show Big Disparities Between TikTok and YouTube Creator Revenue: At first glance the dramatic numbers in this story show that top YouTube creators make much more than those on TiKTok. Not saying this story is wrong, but I’m skeptical – and it’s an example of how combining suspect data from different sources leads to implausible conclusions. The original comparison was published on “MoneyTransfers” and sources TikTok data from Forbes and YouTube data from Statista.  The Forbes methodology says “our numbers estimate what the TikTokers earned”, with no data on HOW those estimates were made. Statista simply says “it was estimated” and then places its source information behind a paywall. Without being able to verify these numbers, I’m calling BS on the whole story.

Tip of the Week: LinkedIn’s editor in chief, Daniel Roth, shares 14 mind-blowing tips from creators that will super-charge your graphics game.

2 Thoughts on “Bad News for Star-Struck Creators, Tamping Down TikTok Enthusiasm and the YouTube vs TikTok Numbers Trap You Need to Know About”