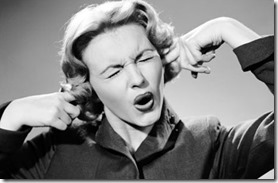 Last time we talked about the first dumb way to die on YouTube, which is to put a disparate variety of shows into a single YouTube channel. My friend Mark Gardner pointed out, however, that both Geek and Sundry and Nerdist seem to do this to good effect.

It’s a good point, and yes they do seem to be doing quite well. But it’s important to note that much of the success is attributable to the appearance of some of the big stars behind the channels – Felicia Day and Chris Hardwick respectively. When those two show up – and they do quite often – those episodes typically do significantly better than the others. In addition, all the disparate properties are thematically similar, and feel more like segments of a single variety-type show rather than separate shows with individual missions.

But another reason why both of these channels seem to be successful while so many similar ones fail is that their creators are very good at not falling into the trap of DWTFOY #2. Unlike so many traditional media ventures on YouTube, they listen and respond to their audience.

Back in the late nineties I helped launch a cable TV network called ZDTV – which subsequently became TechTV. I even hosted a show for a few years, Fresh Gear, a weekly roundup of the latest computers, gadgets and tech gear.

We’d rush around all week trying to put the show together, and when it was finally done and shipped off to Master Control that’s the last we thought about it – as we had to start sprinting to our next weekly deadline.

We rarely thought about the audience at all, and outside of a few emails and meetups at Comdex and CES, we had very little contact with the viewers. Similarly when I was Editor-In-Chief of PC Magazine – along with other tech publications – our community was called “Letters to the Editor”. We spent a few hours a month interacting with the community, and every other hour devising content to shove down our readers’ throats.

That doesn’t work today. Successful creators on YouTube typically spend 30-50% of their time interacting with their viewers. Much of that comes from being active in the comments that flow on YouTube after your videos have posted. But it’s more than just that. G+, Twitter, Facebook and email are just some of the ways today’s successful YouTube creators build – and then bind – big audiences.

It’s diametrically opposed to how much of traditional media works – particularly television. In the TV world we build walls between our stars and our audience. Ever see The Today Show taping outside at Rockefeller Center? It’s like being at the zoo, with Matt Lauer and crew safely walled off from their fans. Everything from agents and teleprompters to having your personal assistant hand-craft your tweets goes against the direct, authentic and person to person relationships that the true stars of YouTube are so good at building.

This really hit home for me at Vidcon this year, as I listened to Shay Carl, Phil DeFranco, iJustine and John Green talk about their relationship to their audience. Each of these megastars passionately explained how they consider it a privilege, and not a burden, to interact directly with as many of their fans as possible, whether in person, on message boards or in comment streams. Phil poignantly brought the importance of this connection home as he related how the audience has actually changed his mind on key issues over the years – and that would never have happened if he’d had filters protecting him from his fans.

The message was clear. When you listen to your audience you have to be prepared to be changed by them, and collaborate with them. Conversely, if you don’t, you will fail.

And that gets me back to the first Dumb Way to Fail. I’ve been in the comment stream of more than one of those multi-show channels, and seen posts talking about how they really wished one of the shows was in its own channel. Why? Because the posters were tired of being fed things in their stream that they just didn’t want. And flooding the stream with irrelevant material, and then not listening to the audience when they tell you to stop gives you a double dose of fail.

2 Thoughts on “Dumb Ways to Fail on YouTube 2: Ignore Your Audience”