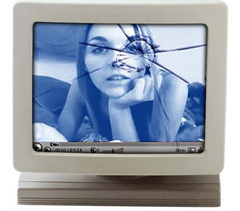 Normally, losing home page placement for an app on the iPhone and iPad would cause gnashing of teeth and wailing of tongues in the afflicted boardroom, along with wholesale firings and restructuring.

But in YouTube’s case, losing that coveted spot on Apple’s mobile devices is an unequivocal blessing, not a curse. It’s great for the company, great for video creators, and in its own way, great for Apple. In fact, there’s only one real loser — but more on that later.

Back in 2007, a YouTube app was prominently displayed on the iPhone (and eventually the iPad) home screen, in a deal presumably brokered by Google’s Eric Schmidt when he was still an Apple board member. It was a golden gift for the up-and-coming video sharing site, but it came with massive strings attached. YouTube had very little to say in the app’s functionality — it was built by Apple, to its own specs and design.

Five years later, things have changed. YouTube is less about cats riding donkeys and more about professionally produced entertainment and information — of which my company, Revision3, is among the leading creators. Advertising in 2007 was mostly using adwords-style text ads, while today it’s all about professionally produced pre-rolls and skippable video ads. And that’s big business just about everywhere you can see YouTube — except on iOS.

And that’s the real problem in today’s YouTube/Apple relationship. The app itself is stuck in the last decade, and contains no advertising at all. Back in 2007, this must have been a logical trade-off — YouTube needed awareness and eyeballs more than it needed cash.

But today, according to comScore, nearly 55 percent of all U.S. video views happen on YouTube. Thousands of video creators now make a good living via YouTube-served advertising. And a number of big companies — ours included — have sprung up to optimize the opportunity.

But at the same time, Apple’s iPhone — and particularly the iPad — are redefining what it means to watch video. Curling up with a good set of videos on your tablet is rapidly becoming as popular as plopping down in front of the big tube. But as more and more video gets viewed on these devices, less and less money accrues to the creators.

The evidence is writ large across our own YouTube CMS data. Over the last year we’ve seen our percentage of YouTube-delivered views that could have an ad attached (what YouTube calls “monetizable views”) drop steadily — from 57 percent in July of last year to 46 percent this July.

At the same time, we saw views from mobile devices, which include both smart phones and tablets, nearly double: from 21 to 39 percent of overall views. Although the data isn’t granular enough to identify what percentage of those mobile views were from iOS devices, given the penetration, it’s reasonably safe to say that 75 percent or more are coming through Apple’s YouTube app.

If our data is representative of the rest of YouTube — admittedly a big if — then you could assume that nearly a third of the site’s views are coming from iOS devices, and are thus bereft of any moneymaking opportunity.

In the end, even without that prominent place on the iPhone and iPad home screen, YouTube’s not going to suffer too much. Pretty much everyone uses YouTube now — unlike in 2007, when it needed more exposure. Web video has gone from the awareness phase to the monetization phase, and losing a little traffic for the opportunity to make more money is an acceptable trade-off.

As a business built in part on YouTube, we feel the pain keenly. I would gladly lose 10 percent of our overall YouTube views in exchange for 20 percent better monetization. And that’s why this is a net positive for YouTube and the entire creative community.

In fact, there’s really only one constituency that’s losing out here, and that’s the viewers. They’ve been enjoying a free ride on the iPhone and iPad for the last five years, and as the quality of YouTube’s content has increased — along with the cost of production — they’re still able to watch without viewing ads, and without paying for the pleasure.

I feel for the audience. But I feel for my bottom line even more.

One Thought on “Don’t Cry for Google or Apple–Killing the YouTube App is Good News!”