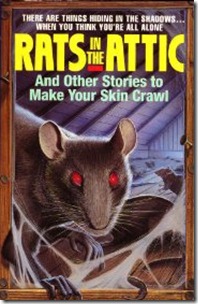 Yesterday I picked up my mail, and along with the usual assortment of bills, I also received the latest issue of Wine Enthusiast and a junk mailer from “Red Plum”, featuring a series of ads for a variety of suburban items. I opened up the magazine and was surprised to see a full-page ad for Donald Trump’s new winery. Who knew The Donald was now making fine wine in, of all places, Virginia? As a wine fan, that ad moved the needle on my awareness, and even my consideration – I’d try a bottle sometime if it wasn’t too expensive.

I tossed the mailer away without looking at it – only when I sat down to write this post did I pull it out of the recycling bin to see what was advertised inside. The first one that caught my eye was for a rats-in-the-attic clean-up service called “Take Air USA”. Even if I’d looked at the mailer, this ad was a waste: my California ranch home – like most in my neighborhood – lacks an attic.

Print advertising is a relatively mature business. I can guarantee you that Trump paid a much higher CPM to reach the highly targeted and engaged Wine Enthusiast audience than the rat guys did to expose me and thousands of others to their cleaning service.

Shortly after I picked up my mail, I checked in on my Fantasy Football team over at NFL.com. But when I opened the scoreboard, I was force-fed an online video preroll before I could check my scoring summary. I ignored the video (which seemed to be hawking both blowsy babes and copious comestibles), scrolled down to the highlights (I was winning), and then stopped over to YouTube to see what one of my favorite tech experts, Jon Rettinger, had reviewed that day on his TechnoBuffalo channel (alert, TechnoBuffalo is now affiliated with my online video company Revision3). Before watching his new video on the “Best Giveaway Ever”, I was served up a pre-roll for the new Jeep Compass – which I eagerly watched. I’ve owned Jeeps in the past and have an affinity for the brand, but I also really wanted to see what cool gear Jon was giving away, and didn’t want to miss a moment.

Unfortunately, even though those two video ad experiences are as different as rats and wine, they were probably priced at similar CPMs. That’s because the online video ad market – particularly the pre-roll market — hasn’t progressed nearly as far as print. Those were two markedly different experiences, with wildly different levels of engagement. However, for many buyers, agencies and brands an on-line video pre-roll is valued the same wherever it runs, regardless of viewer intent, ad placement and playback environment. It’s as if Trump and “Take Air USA” paid exactly the same for those two print placements – even though their impact is worlds apart.

There’s a huge difference between an “in-banner”, or “on- page” video pre-roll that gets served up around standard web fare, and that same video pre-roll running “in stream” or “in player”, before, during or after a viewer searches out and decides to watch a web video. In banner videos are similar to traditional banner and rich-media ads that run across the text web – viewers mostly ignore them, and they often run sight and sound unseen below the fold or behind an overlapping window. Heck, like most web surfers I keep the sound on my system potted to 0 – except when I’m specifically watching online video. Let’s face it – in-banner or on-page video ads are little better than the junk mail that I got along with my magazines. There’s some value, for sure, but in most cases users are actively trying to ignore these video intrusions, not welcoming them into their life.

Contrast that with a pre-roll that runs in a video player, on a video site, immediately before a piece of editorial content that’s been actively selected by the viewer. When the ad itself is targeted via demographic or content affinity, the delivered value is far greater than the scattershot in-banner approach. Jon’s viewers are far more likely to watch, and far more engaged when they do watch, because they are already in a video-viewing mode, they’ve actively selected a video to watch, and will happily tolerate a 15 second ad before watching their video. Just as Trump’s new winery made a lasting impression on me, that same Jeep ad increased my awareness of their new Compass, and even influenced me to try to drive one in the near future. That’s an engaged view, and a successful outcome for a video ad –far more valuable than the barely registered floozy-filled ad “impression” I received over at NFL.com

If you’re Jeep, you just got a great deal. Because we still don’t do a good job differentiating the value of an in-stream vs. an in-banner video pre-roll, that Compass ad delivered significant value to the advertiser. However, it was probably part of a broader buy that included both in-stream and in-banner, so its relative value will be offset by the broader array of far less useful impressions that it was bundled with.

If you’re a video ad buyer, understand the value differences between in-banner impressions and engaged in-stream video ads. Focus your energy on the latter, and you’ll get far better results than if you lump the two together. Even though engaged, in-stream video ads will be more expensive, they are still a great bargain – especially if when you target demographic or content affinity along with the in-stream purchase.

Because in the end, just as not all print ads are the same, not all video pre-rolls are the same either. There’s a world of difference between showing up in Wine Enthusiast or on TechnoBuffalo, and the internet equivalent of video junk mail. Where do you want your ads to run?