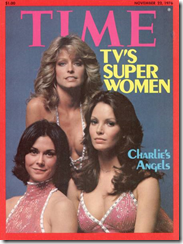 According to a number of predictors, and my friends, 2011 is going to be the year of curated video. The old, algorithmic approach is out, and instead we’ll see audiences flocking to videos selected for your viewing pleasure by friends (in the case of Facebook) and experts (maybe even from YouTube).

Yes, it looks like "curation" is bound to be the first big buzzword of 2011. But when it comes to video, before there was curation there was programming. The kind that big network honchos would do.

Take Fred Silverman, for example. He made Saturday morning cartoons a must watch for the juice-box set in the ’70s, and then built first CBS and then ABC into prime-time juggernauts, launching such shows as "The Waltons," "All in the Family," "Charlie’s Angels" and "Starsky and Hutch."

Back when he was curating network TV, there were only three networks to watch. His genius was in crafting program schedules that appealed to as wide an audience as possible, and that flowed naturally from 8pm to 9, 10 and beyond.

Even though many of the principals are similar, what worked for network TV won’t drive web video to success. Silverman lost what Time magazine called his "golden gut" when cable TV emerged –and web video presents an exponentially more fractured environment than cable.

We’re going to see a lot of blather over the next months about video curation, but remember that it’s really just an extension of network programming. Before you support these self-styled network programmers with your money or attention, take a careful look at what, and how they are doing it.

Thus, here are the 4 lessons I’ve learned while watching Silverman, along with working in programming at cable networks and being part of the web video explosion over the last five years:

It’s about the audience
Silverman changed the face of Saturday morning programming by understanding, and super-serving, the kids. "Scooby-Doo," the Smurfs and many more modern cartoons were aimed right at the kids of the ’70s. Today, when programming or curating internet video, a similar audience focus is required. You can’t be all things to all people. Here at Revision3 we’re targeting 13- to 34-year-old guys, not older women or younger girls. Be skeptical of anyone who tries to curate for everyone — because although there will always be "Roots" and "Survivor," it takes a lot of money, and no small bit of genius, to make those programs. On the internet, and for everyone else, it takes focus.

It’s about cross-promotion
Even before Silverman, clever programmers were using their stars to help launch and cross promote other shows. Thus we had stars from "Petticoat Junction" visit ""Green Acres, and even Granny from "Beverly Hillbillies" visited Hooterville at least once. Silverman, though, elevated this to an art form, spinning "Maude" and "The Jeffersons" from "All in the Family" along with many others. Today’s YouTube stars understand this, using spin offs and cross promotions to launch new channels and new personalities. But other internet video networks are using it to great success as well — we just spun out Kevin Rose’s new series Foundation out of Diggnation, and our own App Judgment features some of the same talent you’ll find in Tekzilla.

It’s about repeatability
In the pre-DVR days, appointment viewing was paramount. Cliff-hangers, multi-part episodes and long-running story lines kept us glued to our tubes each week at the same time. Now, though, it’s all about driving repeatability through subscriptions, twitter and email alerting, "liking" and friending. It’s not enough to create a great series, you need to build out the rest of the infrastructure to keep people coming back. The best of today’s programmers are experts at driving these newfangled sign-ups, whether on YouTube, iTunes, Facebook or Twitter. It’s about the lineup

Fred Silverman’s networks meant something. He took CBS from a hillbilly sensibility to a modern upscale baby boomer network. At ABC he created a penchant for jiggle-vision, with buxom stars like Suzanne Somers, Farrah Fawcett and Cheryl Ladd. Today’s successful curators know that you have to group shows around a logical core, whether it’s topics or personalities that share similar traits. Here, again, the scattershot works poorly, while related subjects drive increased views.

(this post first appeared on Ad Age’s Digital Next blog)!

2 Thoughts on “4 Curation Lessons From the Smartest Programmer EVER!”