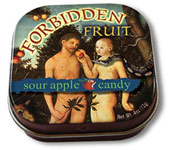 This post originally appeared on the Ad Age Digital Next blog, repeated here, because I wrote it!

I’ve been blacklisted by the organizers of the South by Southwest Interactive conference, which just wrapped up earlier this week. Despite pitching panels and explaining my media credentials (everything from GigaOm to Huffington Post, with a little Ad Age thrown in here and there, too), they denied me entrance to the show.

So I had no press badge, no credentials and no access to the show. But as it turns out, you really don’t need official credentials to get a lot out of Southby. Because in the end, over 72 hours, I went to 19 parties (and never needed a badge), participated as a presenter or moderator on three separate SXSW panels, met an amazing array of people changing the world, and got a makeover to boot.

Yes, that’s right, a makeover. The random interactions that occur as a byproduct of SXSW’s chaotic nature actually end up being the best part of the event. For example, on Saturday night I was upstairs at the Belmont Lounge, decompressing after our very successful live Diggnation and Scam School taping and party at Stubbs. While there I ran into@LeoraIsrael, a chronicler of the NY party scene and one of the smartest social networkers I know.

She started telling me about this cool panel organized the next day, an interactive discussion about how to optimize your online profiles — everything from Facebook photos to online dating descriptions. Leora convinced Jo Blackwell-Preston (@blackwelljo), an Emmy Award-winning stylist and owner of the renowned DopDop salon in NYC, to come out and give makeovers to panel attendees and others.

So that’s how I found myself in the Circus Maximus room inside the Austin Convention Center, with most of my hair on the ground. A few minutes later, and I was carrying mirrors and chairs from their makeshift salon to the conference room. I was nervous about getting in without a badge, but apparently sherpas are invisible to the conference cops.

My second stealth panel happened in much the same way. I was at the Porter Novelli press breakfast Saturday morning and ran into some of my old friends from Rackspace. It seems that one of the panelists on their Serverless Business session had bailed, and they wanted me to fill in.

"No problem," said the Rackspace folks. "We’ll sneak you in if we have to."

And so they did. Fun panel, and a nice way to end my SXSW hack, because @scobleizerwas in the front row (he works for Rackspace), his producer @RocmanUSA was shooting video. Scoble and I were part of my third SXSW panel at Friday’s Tweethouse, where I moderated a discussion of future social networking tools.

I also had a little celebrity brush with fame that turned oddly bizarre. Late Monday night, as I was leaving the awesome TechnoKaraoke party, a friend grabbed me and said, "Lets go hang with Ashton Kutcher." So we race-walked up to the Microsoft party, and were quickly whisked behind a velvet-roped corner of the Speakeasy roof deck, where about 25 of us were jammed together like morning commuters on the A train. Supposedly Kutcher was lounging around on a couch not 20 feet from me. But I was much more fascinated by the heavy kanoodling going on around him than the big man himself. And then, after someone handed me a horrific cranberry-vodka combination, it was closing time and everyone stumbled down the five flights of stairs and on to the streets.

Did I miss anything by stealth-hacking SXSW? Well, I would have liked to have seen Mark Cuban and Boxee’s Avner Ronen face-off on internet television, but I was moderating another panel at the time. And I missed the fire drill in the middle of that panel too, which was no big deal.

It would have been fun to see the train-wreck Twitter keynote, but only because it’s fun to see a disaster in action. But that’s about it. And I did learn a lot, even if I didn’t officially attend.

One Thought on “My Life On the SXSW Blacklist!”