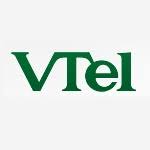 Sometimes revolutions start in the strangest of places. Who could predict that the beginning of the end of traditional cable TV would occur in a tiny mountain telephone company called Vermont Telephone (VTEL), led by the quixotic Dr. J. Michele Guite.

Emboldened by a recent grant of $93 million dollars from the Federal Rural Broadband fund, the company has begun building out an aggressive and forward-thinking gigabit fiber network that will reach across its Vermont footprint, along with a state wide 4G/LTE network that promises 100 megabits throughout the crenellated peaks and valleys of the Green Mountains.

The company will offer the usual quad-play bundle to its customers, with video, voice, fixed and mobile internet, but Guite’s promise to explode the multichannel oligopoly is easily the most radical of his plans.

In a recent letter to customers (disclosure, I am one), he insisted that they "should have the legal right to pay less" for their TV service. "We believe that the old cable TV model of making you pay for 250 cable TV channels you don’t want, at prices you can’t afford, is obsolete."

Guite continues by saying that VTEL thinks its customers have "the right to pay for individual TV channels for $1, or $2 or $3 each", and then obliquely promises to cut household TV bills by 66%. My first thought here is that Guite is tilting at windmills. How does he expect to get Disney, Viacom or any of the other big multichannel programming outlets to offer their networks on an ala carte basis. But then I noticed the use of the words "legal right" in his letter, and realized that perhaps VTEL was taking it to the courts to force ala carte on a recalcitrant industry.

I hope he’s successful – but whether his own personal quest can accelerate the process, I still expect unbundling to happen within the next 5 years. Why? Because the history of technology over the last 10 years has shown that when consumers *can* unbundle they do – even if they have to resort to illegal means to do so. Technology that begets consumer convenience invariably, ultimately wins.

Music is the obvious example, as we no longer have to buy 13 mediocre songs to get the one top hit. But newspapers and magazines have become unbundled too – you no longer have to purchase opera reviews if you just want the sports scores.

TV shows themselves have also become unstuck; we can easily watch the funny bits of Saturday Night Live, or the opening news segment of The Daily Show without having to stick through the boring or unfunny bits that inevitably follow.

Guite’s VTel is no stranger to hype, though, so take his words with a grain of salt. The company’s vaunted "24 megabit DSL" provides less than a megabit to my mountain outpost, and when I queried a company representative about the incongruity, he said "no one really gets 24 megabits", and that it depends on how far you are from the central switch.

Still, I consider it a miracle that I get even near-broadband, given that I still can’t even get cell service at my house.

With a war chest of $93 million dollars of federal money, and another $68 million of loans and company funds, VTel now has the resources to build something special in this rural outpost of northern New England. And with a myriad of over the top and web-delivered video services, the company’s customers will soon be able to get much of what it wants without paying for those 250 unwanted channels.

But it’s going to be a long, hard climb. According to Guite, "a la carte is a huge political, regulatory, judicial challenge." VTel has joined up with others to fight what he calls a "lonely battle", and finds it "startling how deep are the tentacles of ‘the other side’".

Will he ever be able to deliver CBS, ESPN or Discovery over those mega-pipes? Entertainment industry traditionalists are probably calling him a crazy old loon right now. But as I recall, they used to say the same thing about Ted Turner.

3 Thoughts on “Meet the Vermont Telephone Company That Wants to Kill Cable!”