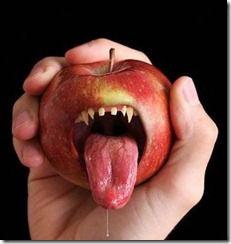 It was the best of interviews, it was the worst of interviews. It was something old, something new, something borrowed and something very blue. It was the 8th version of D:, the conference that brings together the top 1,000 650 people in media and technology, put together by The Wall Street Journal’s All Things D editors, Kara Swisher and Walt Mossberg.

The conference started off as a love song to Apple’s iPad, a gear crush of epic proportions, kicked off by a wide-ranging interview with Apple’s Steve Jobs. The next two days explored the changing notions of what a computing device really is — or is not — along with a deep dive on Facebook privacy and security, and a surprisingly upbeat exploration of newfangled old media success.

APPLE: But, as I said, it started with Steve Jobs. The Reality Distortion Field was in full swing; Business Insider put together a great list of the top 10 lies from Jobs’ interview. But those aside, I was most intrigued by Jobs’ assertion that we are entering the "post-PC era," as he said the PC would become like a truck — and that only one in every 35 vehicles sold today is a truck. The iPad, iPhone and other mobile devices, in his analogy, are the cars — and he said that only a very few people would use PCs in the near future — just like only a very few of us drive trucks — if you discount all those Ford F-150s, I guess.

Jobs also had an interesting rationale for buying Quattro as well. "We are getting into the ad business because we want to help our developers keep making free or low-cost apps." It’s not for the money. Jobs pointed to Apple research that shows that on phones "people are not spending time searching" — at least not as much as on a PC. Instead, they are using apps to find what they want, like Yelp for a local restaurant, or another application to find out if your plane is late. In Jobs’ view, ads will become an integral part of iPhone and iPad apps, and will enable the developers to continue delivering free or very low-cost apps.

As for other mobile ad servers and platforms? "We think what they are doing sucks," said Jobs. The mobile ad experience is broken, because that ad takes you out of the context of your application — and with iAd they will deliver a rich experience that overlays and then puts you back where you were. Of course if Apple’s devices let more than one program run simultaneously that wouldn’t be a problem. But they don’t support multitasking, except, I guess, if you’re using all Apple products. Jobs also slammed analytics firm Flurry, and vowed to keep iAd closed, at least for now.

But the Apple love fest started winding down when Dell showed off its cool new "Streak" tablet, which combines a phone with a 5" screen. An interesting hybrid, it’s a pocketable tablet that’s far bigger than even the biggest Android phones, with a crisp and bright screen — but one that plays back internet and movie content as well as (or maybe even better than) the iPad.

MICROSOFT: But not until Microsoft CEO Steve Ballmer took the stage the next day did the iPad hugathon come to a screeching halt. "Mac Trucks," Ballmer sneered, as he attempted to torpedo Jobs’ thesis. "Is the iPad a PC?" Ballmer asked, pointing out that it does pretty much everything a PC does. "You can type on the iPad," he explained, and then dismissed its balky on-screen keyboard in the next breath: "I tried to take notes on one the other day… and that was fun." He went on to insist that the internet just wasn’t really a great experience on phones or small tablets, insisting that "the internet is designed for the PC, optimized for the PC. On the phone, I’m not a PC, I’m a phone." Ballmer also admitted that they hadn’t been doing very well in the mobile software area lately, but promised to change that.

MOVIES — KATZENBERG AND CAMERON: Some very successful old media creators also showed up to share their secrets. James Cameron talked extensively about 3D, and how he might just do another "Avatar" movie in four or five years. Jeffrey Katzenberg spoke longingly about an upcoming Intel architecture called "Knights Corner" that will let them do real-time frame rendering on an artist’s workstation, rather than sending it to a render farm for eight hours of processing. The first movie that Dreamworks makes with this new technology will be out in 2012, and the technology will dramatically change animation. And although he didn’t explicitly say this, just as all chip technology goes from super-expensive to super-cheap, this also means that yet another industry is about to explode, because within five years a kid in Kalamazoo could make "Shrek 5" in his basement over the summer.

MODERN FAMILY: Steve Levitan, the creator and producer of TV’s biggest new hit "Modern Family," showed up and poured water on the whole cross-media concept. He controls every aspect of the "Modern Family" brand, and does not see the benefit of doing web-based tie-ins, websites or anything else — because he just doesn’t see those ancillary media driving show viewership. And that’s because today the only thing that matters to him is overnight ratings, not Hulu, not day three, not DVR. That’s how he is judged.

Levitan is a geek, though, and I was particularly taken with how the show team uses Twitter as an immediate feedback loop. When "Modern Family" airs live, the show team watches the audience "laughing on Twitter." He called it "Google Mirth," and thinks that social networks are "bringing people back to watching TV live (because) they want to participate in that program."

LlOYD BRAUN: As a northern California type, I had always been dismissive of Lloyd Braun’s Yahoo tenure, thinking it was the perfect example of how Hollywood and Silicon Valley just don’t mix. I was wrong. He just couldn’t do what he wanted within the stuffy confines of Yahoo. The success of Wonderwall and Glo on MSN have been nothing short of genius, and Braun spoke passionately about how you "bring brands to life in the digital world. It’s not scripted TV," he insisted, "you can’t think of it as television." Instead they’ve been focusing on building big scalable brands in "what is a very different medium." It was fascinating watching his ex-Yahooligans grill him, from top sales guy Greg Coleman to one of his early direct reports, Craig Forman. "This is the stuff I tried to do at Yahoo," Braun explained, but couldn’t because that company’s priorities were more around search than content — at least while he was there. His most damning line about his tenure, which he claimed to really love: "I can do it better as an entrepreneur on the outside"

There was tons more, from a fascinating look into the future of mobile chips, gadgets and phones from Qualcomm CEO Paul Roberts to Demand Media CEO Rich Rosenblatt defending journalism, while saying "We think we’re not disruptive, we’re an enabler." Rosenblatt denied that he was actually practicing journalism, however, instead preferring to call it "content creation." WebTV founder Steve Perlman finally showed off his new project, OnLive, which promises to stream console and PC games from the cloud to any device, including iPads, phones and TVs. The demo was amazing, but ex-Business Week columnist Steve Wildstrom poured cold water on it, saying "I can’t get excited by another Perlman demo, because I’ve seen so many that promised so much, but never arrived." The conference itself was extremely well run, insightful and consistently high quality — as Mossberg and Swisher seem to be really hitting their stride.

Oh yeah, and some guy named Zuckerberg melted down on stage and started babbling like a fool. But you’ve probably already heard about that one.

One Thought on “From Apple to Zuckerberg: What I Learned At D8”