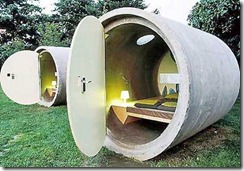 Yes, it is a cozy little relationship, isn’t it. But he left out one very important constituency – the customer.  And history shows that when technology enables customers to get what they want, how they want it, for less, inevitably they get their way.

Cable TV is next. Why should I pay $75 or more for 500 live channels when I only watch around 15 regularly? That works out to around $5 a channel, a month, by the way, a princely sum that only ESPN, HBO and Showtime meet or exceed from cable ops – and ultimately customers.  But I pay for those 500 channels via affiliate fees, meaning I support ESPN, Comedy, Disney and Nickelodeon – which I’m happy to pay for – along with Hallmark, FoxNews, Animal Planet, and 482 others I couldn’t care less about.

And that unbundling is already starting, especially among the millennial audience we target here at Revision3. Many are cutting the cord, and moving to an on-demand ala-carte world, enabled by new types of devices and services. I just did a round-up of over these new over-the-top boxes for a panel at the most recent Ad:tech, and the progress has been amazing.

Roku’s steller $99 box now offers a wide range of independent channels (including Revision3), along with Netflix, Amazon and sports channels from baseball’s MLB and basketball’s NBA.  I also had a chance to preview upcoming set-tops from Boxee and Syabas as well, and they are equally impressive – adding in support for YouTube, CNN and many other mainstream channels and services.

I’m already saving more than a hundred dollars, and getting more to boot, by dropping just one premium service and going ‘net. I used to pay more than $200 annually to DirecTV so I could watch 3-4 NY Mets games at home in San Francsico (I know, I’m a masochist). But with the MLB’s new on-demand streaming service – coupled with a simple yet effective channel app on either Boxee and Roku – I now can stream every Mets game each week in full HD.  It looks amazing on my 52” LCD TV – only a purist would notice the very slight quality downgrade compared to DirecTV’s heavily stepped on signal.

And this is just the beginning. Just as magazines and newspapers are embracing the new App World, TV networks will begin to do so as well. What’s keeping HBO, Showtime or Epix, for instance, from creating their own Netflix-like channel, complete with a paid subscription model? I’ll wager a princely sum that programmers inside each of those organizations are feverishly coding up apps that work across those platforms.

And if they work there, you know they’ll be modified for the iPad, iPhone, Android and elsewhere. Because in the end, apps and pipes are the future of content. Consumers don’t need cable. They will pay for content – but only enough to support what they really want.  We’re moving to a “best screen available” model, where consumers are going to want to watch what they want, when they want, on whatever screen is around right NOW.  And programmers will have to adapt or become marginalized.

In five years we’ll be installing apps from our favorite content providers that work across big-screen TVs (via Roku, Boxee, Syabas, or some sort of embedded TV client), our computers, tablets and smart phones.  Heck, it could even be delivered via the old-fashioned 750Mhz cable plant – more than one multi-channel service is readying an app store for their set-top boxes that could take the place of today’s bundles.
We’ll also be paying for some sort of transmission, whether it’s broadband at home and 4G on the go – or some sort of bundled WiMax service that does it all.

We’ll buy programming from the providers directly, and pipes and plumbing from someone else.  And that’s the future of cable companies. They can optimize for delivery, and build out a best-of-breed network that delivers high bandwidth to the home, and high availability on the go. They can snap up programmers that have a proven ability to deliver both high quality programming and compelling applications. Or they can do both. They just can’t continue to rely on a business model that’s built on scarcity when that scarcity no longer exists.

(This originally appeared on Business Insider, where a nice long comment stream is happening)