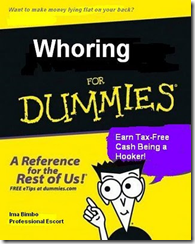 On Facebook, I’ve been the social equivalent of the town whore, while I treated LinkedIn more like my own personal Skull and Bones society. Up until a few weeks ago, that approach seemed both wrongheaded and countervailing to most other people. But recent changes have proved my strategy to be sound.

The only problem is now I need a third social network for my real friends. And unfortunately that’s neither today’s Facebook nor LinkedIn. I’ve got a non-obvious hunch as to what it might be, which I’ll reveal at the end.

I get friend requests from a lot of people on both Facebook and LinkedIn – due to my prior work at ZDTV, TechTV and PC Magazine, along with nearly 20 years of conferences, speaking and writing. On LinkedIn, I have a strong exclusion policy: if I don’t know you, or don’t remember meeting you, I won’t accept your friend request. LinkedIn for me remains my real work social graph, and that’s been a great tool for building Revision3.

Although I probably miss some potential connections by this policy, in the end I think you should at least have some familiarity with those you claim a work connection with – particularly because headhunters and recruiters are using your LinkedIn friend lists to help rate your capabilities and potential.

On Facebook, though, I was wildly promiscuous. I’d be friends with anyone! This led me to a situation where my Facebook social graph was filled with both friends and family, and those that – for some reason – wanted to connect. It’s a great group, but I certainly don’t post private photos, thoughts or wall-scrawls there.

My approach has been vindicated recently by Facebook’s latest, fairly idiotic change to its privacy policy. Back when users of the service had at least some promise of confidentiality, friends could post risqué pictures, rude language and damning insults, without fear that a boss, a co-worker or a stranger would find them. Now, seemingly inspired by George Orwell’s 1984, openness is privacy and obfuscation transparency.

In a rush to embrace Twitter’s real-time web, and the power of search-engine marketing, the company flipped the bits – and made everyone’s private data public. Sure you could switch it back, if you noticed the change, and had a Masters degree from the Velvet Jones School of Web Interface Design to interpret their frustratingly opaque privacy interface.

Hey Facebook users: stop pretending your data is protected from prying eyes. It’s all in the open. You can try to complain, but you can’t fight city hall. Better just to let it go, and embrace Facebook for what it is: the biggest bathroom wall in the world, and one that anyone can write on and that everyone can see.

There’s value in that. Value to users and value to marketers. Companies can now target you directly based on your friends, your interests and groups, even by what else has been captured in those photos of you. Think of the opportunity for Budweiser, for example, when it finds you swilling a Pabst Blue Ribbon last summer. You’ll get half off a six pack – and who doesn’t want that?

So if LinkedIn is for your core group of work contacts, and Facebook is for your publicly-facing persona, where can we go to let our hair down with our friends?

Oddly enough, as I discovered last night, two new location-based services have the potential to fill that gap: Foursquareand GoWalla.

Each of these apps lets you connect with friends – true friends – and then helps you locate them when you’re out on the town. With each, you “check in” to a restaurant, concert, movie or park, and with that location-based information the program finds your friends nearby and lets them know where you are.

They work great. Last night I was in New York, and checked in at my favorite tapas spot, Bar Jamon, with Foursquare. Unbeknownst to me, my buddy Phil Nelson was in town for the night too, and he’d just checked into his hotel up the street. He found me on Foursquare, pinged me on my cell phone, and we ended up sharing a plate of chorizo and a Priorat together.

I’ll never, ever let anyone but my real friends know where I am. And I truly hope that these two services respect my privacy. I can totally see one or both replacing Facebook as the dominant repository of both my true-friend social graph and my location graph as well.

If I were Facebook, that would scare me. Neither Foursquare nor GoWalla add in the communications, photo-sharing or other capabilities of a classic social network. But I’ll bet that they do soon. And over time I can see more and more Facebook users drifting away from the service – simply because adding location, and preserving true privacy, makes a social service much, much better.

9 Thoughts on “Whoring on Facebook, Now the New Normal”