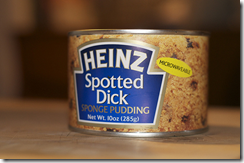 Over the last two weeks, I was lucky enough to speak at, and be a fly on the wall at, two investor conferences. The first, from Goldman Sachs, focused on technology and the Internet, the second, from Deutsche Bank, was geared towards media and telecommunications.

During these conferences, CEOs or CFOs from the major companies present their strategy and describe their business models for mostly large institutional investors. Thus it’s a fascinating way to take the temperature of an industry – and business in general – by pulling together themes across many different presentations. I sat through 20 of these, featuring such notables as Cisco’s John Chambers, Time Warner’s Jeff Bewkes, and Bob Iger from Disney. Over the next six blog posts – one per day – I’ll be pulling together some of the themes, and major trends I saw during these meeting.

Today’s will focus on media, and video on the Internet, and how the companies I listened to are adapting, reacting and growing in this area.

John Chambers from Cisco kicked off the Goldman Sachs meeting, and he was very bullish on Internet video, calling it the “killer app” for his business – and also noted that this is only the first or second time in his 20 year career he’s seen anything this pervasive and this “killer”. The more video gets consumed on the Internet, the better for Cisco.

So what does Internet video content look like? If you’re a big media company, and own big brands, it looks a lot like what you’re already doing. At Viacom, according to CEO Phillipe Dauman, “we have developed our digital activities in conjunction with our brands and shows. They are profitable but very linked with our core activities.” At CBS, it’s about expanding the viewing experience. “Online is not just regurgitated TV, it is about enhancing the experience on-air”, explained CEO Les Moonves.

But what do you do if you lack your own brands? Soon to be ex-CFO Blake Jorgensen talked about the Yahoo’s multi-pronged approach of both partnering with existing brands and building their own in house. With “Sports Minute”, the company built a low cost daily streamed update, and then married it to Dunkin Donuts, who wanted to reach young men in the morning. He also highlighted the relative success of Tech Ticker, which was launched in partnership with Scott Trade – and who recently re-upped.

There was some disagreement about how we’ll be watching all this video content. Intel CEO Paul Ottelini is more focused on the big screen TV, but noted that “Surfing the web from your couch is something that no one likes.” That’s why Intel is working with Yahoo to build a widget channel that doesn’t replace the TV experience, but instead augments it with targeted information and ads.” Disney CEO Bob Iger countered with the results of an in-house survey that showed that 80% of millenials see their notebook PC as chiefly an entertainment device, but noted that even 64% of boomers see the PC as a platform for fun. “The computer is a very, very important place to entertain people”, he explained. “If we don’t occupy space on that platform, others will and we will be marginalized.”

Not everyone agreed that online video was a sensible business right now. Over at Discovery Networks, “digital right now is not a big business for us, last year it produced $55M in revenue”, said CFO Brad Singer. The company plans on continuing to invest at its current level; “You won’t see us making significant acquisitions or putting money to work in that area, we have the critical mass (now) to get things done.”

Iger at Disney, also, isn’t convinced. “I’m more of a pessimist in that area”, he said, while explaining the failure of the company’s recent digital studio, Stage 9. “The ability to monetize original content on the Internet is still somewhat in question.” Going forward, Disney will limit its online video investment to Disney-related content, rather than broader efforts.

Is anyone making money on Internet video? According to Patrick Pichette at Google, they aren’t, at least not yet – despite developing “four or five different ways to monetize the property.” Still, Google seems happy with YouTube’s progress. “The world runs on Youtube today, it has legitimacy.” Now, says Patrick, the focus is on figuring out monetization .

Nor is Disney. We’re “slightly behind where we thought we’d be in terms of revenue generation, said Iger. “ We still believe the Disney presence and ESPN presence in new tech is important and we have to make some investment before we deliver real value.:

CBS, though, is making “a little bit” of money, according to Moonves. He sees better profitability ahead, promising that “ultimately the margins will be terrific.”

But what about cannibalizing broadcast and cable viewership by putting shows online? So far it’s not happening, at least at CBS. “we have seen it is not cannibalistic (so far), but the worst fear for a broadcaster is if 50% watch (CSI) online, and we’re not getting paid the same dollars.” But doesn’t think that will happen, noting that today “even the biggest fan of a hit TV series only watches 2 out of 4 episodes”. With DVR and the Internet “we’re looking at it as not cannibalistic, but additive.” A multi-outlet world is good for CBS. “Our goal is to produce a great piece of content, get paid by the network, get paid in syndication, get paid in DVD, get paid through the community, through t-shirts… to produce one property and get paid a hundred times.”

Dauman at Viacom agrees. “”I think if it is done right, it is additive. With the Hills, we have so much online content, we really built out the loyalty of the fans of the show.. it is a good way to build loyalty, and help people discover it and watch it on air.”

Ad agencies see big potential in online video. Sir Martin Sorrell, head of WPP, said ”all the growth in our company is coming in two areas. One is emerging markets, the other is new media.” Interpublic CEO Michael Roth agreed; “digital is the key to growth. It must be at the center of our thinking, and all the programs we create.”

But too many times, the large media companies implied that they were giving new media way to retain old media advertisers, a practice called “merchandising”. Viacom’s Dauman sees it as an “integrated marketing opportunity for advertisers, so that an advertisement can be on Nick, Nick.com, our casual gaming activities”, to “reinforce the relationships with key marketers.” Others seemed to imply that as well, which only devalues new media in the minds of large marketers.

Stop back tomorrow for a look at what the CEOs think of streaming cable channels on the Internet.  And comment below (finally, comments turned on!)