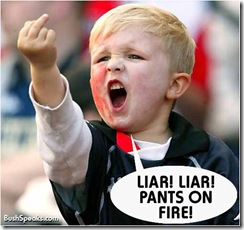 I’ve been smoldering over this issue for the last 12 months, but I’ll remain silent no more. The lies about how web video views are calculated are simply, quite simply out of control – and threaten to kill our industry.

What sent me over the deep end? A second email from the producer of a new web series on entrepreneurship, looking to strike a deal with Revision3. Here’s the money quote:

We currently have a web show on REDACTED.com called REDACTED that is doing very well. In less than 2 months, our videos on their website generated 9,242,941 views.  Prior to our arrival, the total number of videos viewed on REDACTED.com, over the course of the previous ten months, was 370,390.  That’s essentially 9 million more views in just a quarter of the time.

She reached out to me a month ago, claiming nearly 5 million views for her new show. That’s a huge number, dwarfing almost everything else I know besides Dr. Horrible, so I naturally followed the link. I found a derivative and boring Rocketboom clone, focused on small business. The show lacked both insight and engagement. The host was blonde, which counts for something on the web. But she stayed fully clothed, further casting doubt on her show views.

Now I’m used to funny numbers. Over the past year at Revision3, we’ve learned to divide claimed show view numbers by four or five to get somewhere near the actual viewership. So how did they get five million views in a month? Time to do some forensic accounting..

So I popped by REDACTED.com, and the answer was right in front of me. In the gutter, or rightmost column, hard-up against a series of web ads, was a tiny video player. And autoplaying inside: my Joanne Colon wannabee. With a bit of clicking I verified my assumptions – that player showed up on every page. How many page views does REDACTED.COM get in a month? That’s right, about four and a half million.

Those aren’t views. Those are ad impressions. Pretty lousy ones too. I guarantee you that 99% of the visitors to REDACTED’s site came for an article or research, not to watch this breakthrough video show. But based on current IAB standards, she’s probably delivering close to the numbers she claims.

Why? Here’s a dirty little secret of web video metrics. If the video plays for more three seconds, the IAB lets you claim it as a view. Three seconds! Load up your favorite site. Count to three. Did it even finish loading? Could you have located a postage-stamp sized ad unit in the gutter before those three seconds were up? Probably not, even if your computer speakers were blaring video-noise at you.

What she’s doing is commonplace. Google has been stuffing Seth McFarlane’s unevenly funny web series into ad-units across the web. Broadband Enterprises planned on doing the same thing with the HP-funded Dorm Storm (although I never did hear how that one worked out).

Here’s another example.  I just connected with a well respected Internet video production company, much like Revision3.    His new online show was delivering more than two million views, he boasted.  I congratulated him, but secretly wondered how a very niche show could possibly deliver that many video views per month.  But a quick visit to the show’s extremely well-produced web site opened my eyes:  he was talking about "page views", not video views.  And when it comes to engagement, yield and value per view, the two couldn’t be more different.

These funny numbers are bad for everyone. Advertisers who attach themselves to shows touting this fiction will see terrible performance, and will hesitate to invest again. I know of at least one advertiser who dumped $800,000 into a year-long campaign – mostly CPA based – that failed miserably.  Here at Revision3, by contrast, similar campaigns are going gangbusters, but we’re being much more prudent in how we report.

So let’s make 2009 the year of honesty and transparency in online video metrics. It starts with the IAB and YouTube.  I’m publicly calling on those two organizations to provide real guidelines and transparency for online video metrics.  Because where those two go, the rest of the industry is sure to follow.  But until they do, everyone else will be a competitive disadvantage, unless they choose to deceive as well.  But if we want web video to continue to deliver on its promise, one thing is for sure.   The lies must stop!

Tomorrow’s post will detail why raw volume is less important for web video than traditional TV or web, and will explain a new, emerging way to value web video’s market value.

One Thought on “The Lies Must Stop”