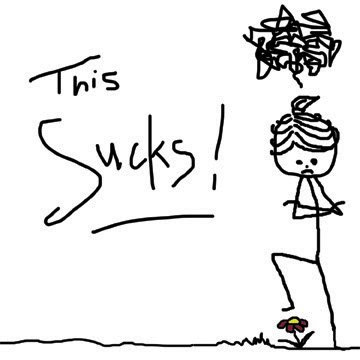 A few weeks ago, I was seriously considering picking up a few cases of Murphy-Goode wine. Now, I wouldn’t touch them with a ten foot pole.

And today, many other internet-connected folks feel the same way I do. It has nothing to do with vintage, TCA or bottle-rot. Nope, it’s due to social rot instead – and Murphy-Goode’s tone-deaf marketing folks are to blame.

Back in June, they had a clever idea to try to promote their wines to a younger, internet-savvy audience. "Let’s do a star-search for a new spokesperson", they decided, call them a "lifestyle correspondent", and use the power of the internet to select the winner, build awareness, buzz and good will.

Applicants were asked to post a video to YouTube, explaining why they would make the best candidate. Murphy-Goode encouraged fans to vote on their favorites, and the winery promised to first select 50 finalists, and then bring the top ten up to Healdsburg for a final set of interviews.

Over 2,000 people applied, and more than 900 videos applications were posted on YouTube. Thousands of votes were cast, with ex-TechTV and Revision3 host Martin Sargent the clear winner. His submission received 6,600 votes, more than 3 times as many as the second place video, and more votes than the next 4 or 5 candidates combined.

But when the winery finally announced their top 50 candidates, Sargent was conspicuously absent from the list.

His friends, followers and fans were aghast. How could the top vote getter – by a long shot – been squeezed out of the finals?

Across the web, it quickly got ugly. First Sargent’s fans started lambasting the Murphy-Goode winery, and then his influential friends picked up on the injustice. Popular web host Leo Laporte told his 136,000 listeners about the travesty, as did Digg founder Kevin Rose (1,061,379 twitter followers). Kevin followed that up by spending nearly 10 minutes talking about the issue with his co-host Alex Albrecht on the popular Revision3 show Diggnation. The story ended up getting nearly 2,400 Diggs on the popular social news site Digg.com – which was enough to put it into the top ten, where it was seen by a significant fraction of the site’s 39 million monthly unique visitors

There was more negative chatter around the internet – a lot more. And instead of improving the winery’s perception among internet-savvy drinkers, the opposite appears to be true. Search for "Murphy Goode" on Google, and you’ll find two of the top ten results are negative stories about the failed campaign, with headlines that say "Murphy-Goode’s job contest turns sour", and "Murphy-Goode says #1 spot isn’t good enough to make top 50". And nearly a third of the 122,000 search results for Murphy Goode are, in fact, negative stories spawned by the Martin Sargent debacle.

Some of the more memorable stories include "Murphy-Goode Winery is run by dicks" , "Murphy-Goode has ROBBED Martin Sargent" and "Careful Murphy-Goode, Social Media Just Might Spit Wine in Your Face". These, obviously, are not what the marketing department intended. Nose around the web for Murphy Goode, and you’ll likely run into one of these negative stories. And if you’re part of the millions that follow Martin and his friends, you’ll probably never buy a Murphy-Goode wine again.

What happened? How did such a promising campaign turn so ugly? Here are my 5 lessons for how to keep your social media campaign from turning sour.

Respect the Wisdom of the Crowds: If you’re going to solicit entries from the internet, and then ask people to vote, then you need to at least pretend to abide by their selection. Murphy-Goode built a framework that would have let them finesse this. All they had to do was put the top ten vote getters into their top 50. Even if they had zero intention of ever giving Martin or the other nine a job, they should have – at a minimum – given them some recognition for winning the popular vote.

Know Your Web Stars: You may have never heard of Martin Sargent. But he’s an extremely powerful web celebrity – both because of his own following, and his influential friends. If Jon Stewart, Tom Brady or Britney Spears had entered – or even Wine Spectator editor James Laube — you can be sure they would have been treated with kid gloves. Martin got snubbed and snubbing sucks. But Martin was powerful enough to get a (well deserved) revenge.

Monitor Constantly: While running a social media campaign, keep a close eye on what the social-sphere is saying about your brand. Use Twitter search tools, Tweet Deck, Trendrr, backtype – among others – to keep track of how your campaign is doing. And when you notice something going awry…

Fix it Fast: As soon as "Martin-Gate" began to spread around the web, Murphy-Goode should have jumped in and fixed it. Perhaps they could have added a 51st finalist to the list. Or maybe they could have expanded the competition to end up with two winners, a winery choice and a people’s choice. Rapid action could have saved this campaign. Even an apology and am "I’m Sorry" would have gone a long way to repairing the winery’s reputation. Instead, company representatives responded with lame platitudes like "You’re too famous" and called Martin overqualified for the job. That just served to fan the flames – particularly because one of the top ten finalists was Rachel Reenstra, former Animal Planet and HGTV show host.

Don’t be half-assed: But here’s the biggest slap to the face of everyone who created, watched, voted and even paid attention to this online kerfuffle. As the story got out, it turned out that some of the candidates for the temporary position were actually sourced by recruiters, who told them that "the online votes were relatively unimportant." That’s the worst thing that ever could have gotten out. Today’s engaged social network users are no less passionate than the millions of Iranians that flooded the street when their votes were ignored. And they’re far more connected as well. Be honest, be authentic and be real. Murphy-Goode, alas, tried to pull a fast one. But on the internet, it’s extremely hard to be opaque.

Oh, and if you’re looking for a creative, engaged spokesperson who really knows how to take advantage of social media, Martin Sargent is once again available. And if he enters your next on-line campaign, consider yourself warned. He knows how to win!