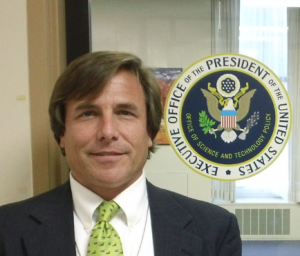 Note – this is the first chapter of a book I’m writing about my experiences and shortcomings as a first-time CEO – hopefully others following in my footsteps will learn something and not make the same dumb mistakes I did. More to come… (and if you want to publish my book, which is about 20,000 words long at about the halfway point, email me!)

TAKE THIS JOB AND SHOVE IT

Eight years before the “Great Recession” of 2008-2013, the digital economy went through the Tech Meltdown, the Tech Wreck, a collapse of the dotcom bubble that wiped out 5 trillion dollars of value. During the run-up to that melt-down I helped run a speculative Cable TV startup called TechTV – originally named ZDTV when we launched it in 1997 out of the tech magazine publishing company Ziff Davis.

I’d had a great career prior to that, first building innovative systems for Fortune 500 companies as a consultant, and then 7 years running reviews and then editorial operations at the leading computer magazines of the nineties – including PC Week and Windows Sources. But I was intrigued by the coming combination of print and video, so I jumped at the opportunity to be part of the ZDTV launch team.

For five years I ran the content operations at this innovative TV startup, while reporting to a man-child boss whose claim to fame was early production credits on MTV’s Real World. I led the team that gave away thousands of free internet video cameras to our audience, and we were the first TV network that actually put our fans on the air. But by 2002 I’d had enough.

We’d sold the network two years ago to Microsoft co-founder Paul Allen, who I still call (only half in jest) the world’s worst investor for his habit of buying promising companies, screwing them up, and then selling them just as they began to turn around. TechTV was screwed up – both due to dumb decisions Paul forced on us, and to be fair, some of my own boneheaded moves.

But in the spring of 2002 we weren’t alone. The rest of the world was a mess too, particularly in San Francisco where I lived and worked. Layoff parties had given way to a vast diaspora, as the hordes of wannabee dotcom millionaires headed back home – the lucky ones to attend law school or get an MBA, the less fortunate to sponge off Mom and Dad or start a new career in real estate.

With two mortgages, an artist wife and a three year old son – and no savings – it was hardly the right time to ditch my job. But ditch it I did, shortly after laying off more than 100 staffers. It was scary – but not nearly as scary as continuing to work for assholes.

My “Take This Job and Shove It” attitude – without a safety net to fall back on – ended up working out just fine.

After a glorious four months of hanging with my son, some light consulting, and some freelancing for the New York Times (a by-line bucket list item) an old co-worker called to offer me a job running websites at Ziff-Davis, which turned into running all content and being Editor-In-Chief of PC Magazine. I’d conquered my fears, quit my job, and ended up in an even better space. It was scary, but I learned a strong lesson. I didn’t need that corporate security blanket; I really could thrive by setting my own course. The freedom of saying F-U to TechTV set me free.

I didn’t know it then, but that leap into the abyss led directly to me becoming a startup CEO five years later.

In 2007 some of my former co-workers at TechTV approached me to see if I’d be interested in running their new startup Revision3. Launched as a hobby two years ago by Kevin Rose, Dan Huard, Jay Adelson and David Prager, the company initially focused on releasing video podcasts on Apple’s new video-based iTunes software. What started out as two guys sitting on a couch, drinking beer and talking about tech news had expanded into a company with 10 employees, 12 shows and a commitment by one of the top venture capital groups in the US – Greylock Partners – to invest 8 million dollars. The catch – they needed a CEO with some legitimacy. And Kevin and Jay thought I filled the bill.

Although I’d run a variety of large content organizations, I was laughably unprepared to be a startup CEO. But because I’d ditched my job in the middle of a terrible downturn, and was able to not only survive but thrive, I was convinced that running a new company would be easy. Boy was I wrong.

During my five years as startup CEO, and then more than two running the company as a division of Discovery Communications, I made an inordinate number of mistakes. But through those boners I learned an amazing amount as well.

And I was lucky. I had some amazing – and mostly patient – teachers to help me out. Greylock partner James Slavet was new to venture capital when he committed 8 million dollars to Revision3 – and lots of lessons to me. No one would call his senior partner, David Sze, patient – yet I learned a lot from his outbursts as well. Digg CEO, Revision3 founder and Chairman of the Board Jay Adelson proved to be a great sounding board and as always ready with a shoulder to cry on and commiserate with as we railed against the tyranny of the VC. Former Ziff-Davis head of HR Rayna Brown also provided a wealth of great knowledge and advice, and asked for very little in return.

But if you’re a first time CEO, you might not be as lucky as me. Even if you are, you’re going to face an overwhelming scattershot of confusing issues, odd situations, weird behaviors and strange terminology. And I realized – as I navigated the shoals – that there really is no user’s manual, no bible, no set of instructions to help the new CEO make sense of this confusing new landscape.

So that’s what I decided to write. This book is not designed as a history of Revision3 – one of the earliest and more successful web video startups. Instead, I’ll try to explain the lessons I learned along the way, mostly through the dumb things I did. The book’s organized by primary areas you’ll have to deal with, including fundraising, dealing with boards, hiring and building out your team, finance, selling your company and more. With that said, let’s dive in!

Stay tuned for the rest of this book, due out sometime… before the end of the decade!

One Thought on “OMG I Became a CEO, and You Won’t BELIEVE What Happened Next – (chapter 1 book excerpt)”