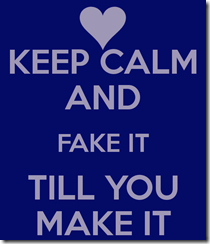 Aristotle advised readers that if they acted virtuous, they might then become virtuous. That adage has been adopted into by the “Fake It ‘till You Make It” crowd, who practice self-deception as a life strategy.

And for many, it actually works. Nevertheless, it is one of the dumbest things you can do on YouTube, and indeed on the internet in general.

I call it “stream fraud”, and I feel like I’ve been railing against if forever, but it’s only been three years. Back in 2010 I was mostly concerned with shady video ad networks and other low-life players, but since then it’s moved on to YouTube in force.

There are more than a handful of seemingly legitimate companies that will take your money and give you “views”. A quick search on Google for “buy youtube views” turns up a variety of alternatives – from Virool to Channel Factory and Vagex – most of them shady. The recent REELSeo forum had at least two companies promising to deliver 10,000 video views in just a few days on any video. The YouTube sections on many black-hat SEO forum sites have thousands of pages where these illegitimate techniques are discussed. Unfortunately these tools are used by more brands than you might think.

You can typically spot these fake view videos a mile away. How? Look for videos with hundreds of thousands – or millions of views – and just a smattering of comments. Or hundreds of likes and no dislikes. The best YouTube videos engage at least a few people, and if you’re not attracting even a few nattering nabobs of negativity, you’re just not doing it right.

Buying views isn’t just a waste of money – it’s outright fraud if in-page or in-stream ads are served. But if that’s not enough to sway you, YouTube’s not standing still either. At the end of last year they began to target channels and videos that were clearly juicing views, including wiping out more than a billion fake views from Universal Music alone.

But that didn’t solve the problem. I’ve continued to see blatantly faked view counts across YouTube this year – I even called out the problem during my Vidcon keynote in August. 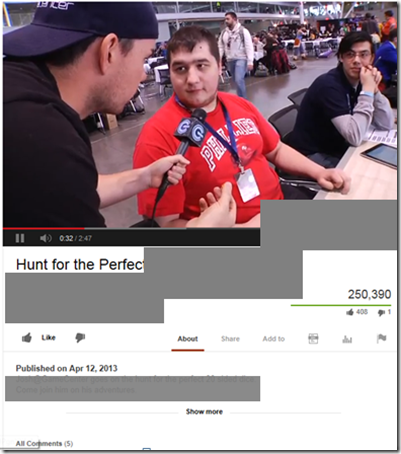 The enclosed screen shot is just one of many examples I’ve found. Published on April 12th, 2013, this video has over a quarter million views, but just 5 comments. Even worse, it has 408 likes, but only one dislike. And that one’s not even legit – I actually put it in myself just to see what would happen.

Here’s another clue that this video’s views were faked. I grabbed this stats screen from YouTube just a few days ago – 23 more views, but nary a smidge of engagement: 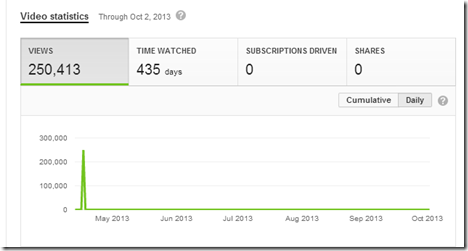 Notice that virtually all 250,413 views happened on just one day. That’s just not normal. And no shares nor subscriptions were driven from those views either. If it were a duck I’d call it decidedly odd.

But YouTube has recently started stepping up its enforcement. In mid-September they posted a video warning creators away from buying fake views, The relevant quote:

“YouTube believes that a view should be something that happens when someone decides to watch a video. If someone is tricked or forced into watching a video, that is not OK…. Anything that artificially increases views either through automated means or playing videos for people who didn’t choose to watch them is against our terms.”

So it’s not just a good idea, it’s the law. And in the last few days another round of crackdowns has begun in earnest as the company penalizes and takes down suspect videos.

So if you want to fail on YouTube, go buy a bunch of shady views. And when you get caught, good luck convincing your boss, your clients or your partners that it just wasn’t your fault. Congratulations! You just failed miserably at YouTube.

6 Thoughts on “Dumb Ways to Fail on YouTube 4: Fake It Until You Make It”