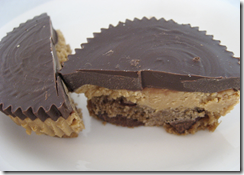 If you don’t use Microsoft Office you can stop reading now. This column is not for you. But for everyone else, I’ve uncovered a neat little way to make one of the most underused Office apps a real powerhouse – and a real productivity tool. Read on for more:

For me, it all started with Lotus Agenda. A very early note-taking application, it combined intelligent database connectivity with a freeform database and an API to boot. It was way ahead of its time – I’m not sure that time has even come today – but I used it extensively for a few years.

Fast forward to Microsoft’s 20 year infatuation with tablet computing. As part of the company’s embrace of the pen, it released a notetaking app in 2002 for Office called OneNote, designed to let tablet users take notes as if they were using a notebook. Like their Pen OS, it flopped.

But something happened on the way to the scrap heap. Microsoft built a powerful multi-user capability into the product, which let users share pages and folders in real time via its own cloud services, or a shared drive on a local server. However, these features are way too complex for mere mortals – or small businesses – to set up properly. Even geeks like me were stymied by the lack of persistent network drives. My home server isn’t accessible out in the rest of the world, while my office servers are locked down via firewalls and VPN.

Also OneNote’s file structure is also exasperating. There are folders, pages, notebooks, tabs, groups, and all are inexplicably saved into Windows’s file and folder structure. I’m still not 100% sure exactly how it all works at a file level.

All that needless complexity is a shame, because the product’s unique locking mechanism lets two or more people collaborate on the same page in real-time, and because you never have to save anything, updates are continuously written out without any user intervention at all.

I’ve been using OneNote for years, and it’s a great program. Unfortunately, I have yet to figure out how to get the multi-user capability working, which means I can’t simultaneously update the same notebook across my 5 active computers. The latest release of Onenote – 2010 – adds web and Windows Live support, but that means upgrading everything to Office 2010, which isn’t going to happen here or most other places for a long time. So I was stuck with single user – at least until I found the perfect Peanut Butter for my OneNote Chocolate!

It turns out that the incredibly useful and free Dropbox offers the perfect counterpoint to OneNote’s multi-user features. Dropbox is a free cloud-based service that keeps a pre-defined set of folders continuously in sync across a nearly infinite number of computers. I’ve set it up across all of mine, and now I’ve got a folder that simply syncs – as easily and reliably as OneNote’s page saving system. If you don’t know Dropbox, run out and sign up for a free Dropbox account – and please use my email – jim AT revision3 DOT com as a referral, I get another 50 Megs of free space!

But that’s not why I’m writing this. I’m writing because the combination of Dropbox and OneNote makes Microsoft’s software incredibly more useful. In many ways, for Office users, it becomes a far more useful tool than a wiki, because it can be used for collaboration, easily stores lots of different types of files, and works easily and naturally.

If you don’t use OneNote, try it out. And if you do, sign up for a Dropbox account and then move your notebooks over to your shared folder. It’s a revelation! Microsoft should buy Dropbox – if only because it turns an afterthought of an application into one of the collaboration tools available!

One Thought on “Office Tip: Two Great Tastes That Taste Great Together!”