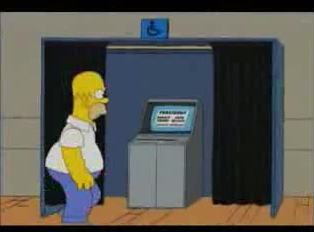 If you’re familiar with the history of Revision3, you know that the company’s roots go back to the pioneering cable network ZDTV, through its transition to TechTV, and then out of cable network G4, which bought TechTV in early 2004. And G4 itself is owned by Comcast. Revision3 founders Kevin Rose and David Prager both worked at TechTV, I was on the launch team as the top content exec, and almost half of our current employees worked there at one time or another.

And that’s a big part of the reason why I’m so concerned about how the courts have removed the FCCs ability to police net neutrality across broadband ISPs. Left to their own devices, it’s only natural to expect large cable operators, including Comcast, Time Warner, AT&T and Verizon to start favoring their own cable networks and services, and slowing down competing services.

Heck, it happened back in 2007, when Comcast was ratcheting Bit Torrent traffic down, which negatively impacted us – as we used to distribute all our shows via BT.

But now, three years later, we’re an even bigger thorn in the side of traditional TV. Our shows are getting audiences that rival some of the best on cable TV, more and more people are abandoning traditional cable services for web-delivery of Netflix, independent TV, Hulu and other video sources, and new devices from Roku, Boxee, Syabas and others offer even more freedom of choice.

But today that choice is threatened.

READ THIS NOW: my latest post at GigaOm details Why We Cannot Let Neutrality Fail.  And get involved too. Write your representatives and tell them you don’t trust the big ISPs to protect your interests.

Tell them you watch Web TV… and you Vote!

5 Thoughts on “I Support Web TV and I Vote!”