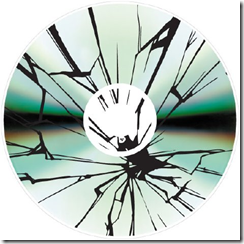 Movie studios make a tremendous amount of money from selling DVDs – to the point where Wal-Mart is the biggest movie distributor in the country. But in the 4th quarter, the DVD gravy train came to a screeching halt. Sales were down nearly 10%, with no end in sight.

Is this a cyclical issue – ie is it just because the economy is bad – or more structural / secular? Could Internet delivery and piracy put an end to the DVD gravy train? The CEOs were mixed.

It’s pretty clear that the big falloff in the last few months were due to the economy, not secular reasons.” Said Phillipe Dauman of Viacom. He predicted only moderate long-term decline in DVD sales, looking optimistically at Blu-Ray and other advances.

Time Warner chief Jeff Bewkes was somewhat more pessimistic. “The standard DVD growth engine is maturing. The new businesses, blu-ray, electronic video on demand, electronic sell through (iTunes, VuDu, etc) are picking up quite nicely. His crystal ball, however, was cloudy. “As for the arc of the decline, we still don’t know.”

“Don’t rush for the exits yet”, though, he cautioned, we can still make money “on a lower base” in this new world. “The yield from new electronic rentals is 70% higher yield than a physical rental”, he said, while sales through iTunes, or on the new Blu-Ray format deliver a 40%. And the DVD contraction is slowing, he also noted, from 10% last quarter to only 4% down so far this quarter.

In the end, though, down is down. Disney CEO Bob Iger provided the most pessimistic forecast, saying that it’s down, and it isn’t coming back – while chiding his competitors. “We’re good solid realists, we don’t put head in sand as we look at the world. We see some interesting trends.. There is a significant growth in competition for people’s time in an entertainment way.

He specifically called out piracy as a threat, and drew parallels to the music industry. “Music tried to hold CD pricing, selling CDs with no ala carte. I would argue they had a better ability to monetize this new platform.” The music industry failed, according to Iger, because they looked at the future “compared to what was, not what was to come.”

“We make mistakes when we get in the way of technological change,” Iger warned. Less revenue is better than none. “We’re better off at a lower price point if we move it to the consumer how they want it, rather than to nothing if they steal it.”

The good news for Disney so far is that, like Time Warner, digital so far is “roughly margin neutral” compared to offline.

My take: DVDs will continue to decline in sales over time, and Blu-Ray is not going to save the industry. Iger’s reality-based approach is refreshing, but he’s lucky. Disney’s animated films are more valuable, because kids will watch them over and over again. His company is in a better position than most. In the end, revenue from post theatrical releases will be down dramatically. Many of the CEOs agreed with Marvel Vice Chairman Peter Cuneo, who said “Hollywood is going to go through a reset when it comes to talent costs, the studio model doesn’t work anymore.”

9 Thoughts on “Defending the DVD – CEOs Pump Up Plastic Media”